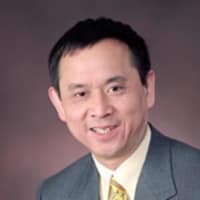 Professor and Chair,
Orthopaedic Surgery,
University of Pittsburgh Schools of the Health Sciences

Dr. Fu is known worldwide for his pioneering surgical techniques to treat sports-related injuries to the knee and shoulder and his extensive scientific and clinical research in the biomechanics of such injuries. Because of his reputation, Dr. Fu attracts both athletic and non-athletic patients from all over the globe.

He also was instrumental in the establishment of the Sports and Preventive Medicine Institute in 1985. Under Dr. Fu's medical directorship, the facility - now called the UPMC Rooney Sports Complex - has grown into one of the world's largest, most comprehensive and highly regarded sports medicine clinical and research centers. In 2000, this world-class center moved to its new home within the expansive, state-of-the-art UPMC Sports Performance Complex. The complex, partly designed by Dr. Fu, also houses the indoor and outdoor training facilities of the University of Pittsburgh Panthers and the Pittsburgh Steelers.

He also established the University of Pittsburgh's Sports Medicine Fellowship Program, which attracts physicians from all over the world to learn surgical techniques and conduct research with Dr. Fu and his colleagues in the department of orthopaedic surgery.

Dr. Fu received undergraduate and post-graduate degrees at Dartmouth College and Dartmouth Medical School before earning his medical degree at the University of Pittsburgh in 1977. Continuing his training at Pitt, he then completed a residency in orthopaedic surgery and a fellowship in orthopaedic research. Dr. Fu also fulfilled an internship in general surgery at Brown University and an international fellowship at the Hanover Trauma Center in Germany.

He joined the University of Pittsburgh School of Medicine faculty in 1982 as an assistant professor of orthopaedic surgery and director of sports medicine. He become clinical vice chairman of the department of orthopaedic surgery in 1990 and executive vice chairman in 1994. He is the editor of 26 major orthopaedic textbooks and author of 79 book chapters on the management of sports injuries. He has contributed to more than 215 international peer-reviewed research publications and has given more than 650 national and international presentations to his peers. Former president of the Pennsylvania Orthopaedic Society, he has been a member of 55 other professional and academic medical organizations.

More than 90 professional awards and numerous major research grants garnered by Dr. Fu are the result of his efforts in clinical, basic scientific and biomechanical research concerning sports medicine and orthopaedic surgery. In 1996, the National Athletic Trainers Association (NATA) honored Dr. Fu with the President's Challenge Award for his tutelage in advancing the quality of health care related to sports medicine. In 2002, Dr. Fu became the sponsor of the annual NATA New Investigator Award, and he was named as one of three University of Pittsburgh Distinguished Alumni Fellows because of his “inspiration to countless students, athletes, colleagues and the broader community.”

Because of Dr. Fu's medical achievements and their impact locally as well as world-wide and his many contributions to enrich the Pittsburgh community, at the end of 1999, Pittsburgh Magazine named him one of the 100 most influential Pittsburghers of the 20th century. He is consistently listed in the magazine's annual "Best Doctors" issue. Also in 1999, the Allegheny Cycling Association gave Dr. Fu its award for Outstanding Service to the Cycling Community in recognition of Dr. Fu's sponsorship of many local cyclists and his constant support of many local cycling events. In May 2002, the YMCA of Pittsburgh honored Dr. Fu with its 28th Annual Person of the Year award. And, in 2004, Dr. Fu was named Vector’s Pittsburgh Man of the Year for Community Service.

A brief look at Dr. Fu's extensive community involvement includes service as co-chairman of the Pittsburgh Local Organizing Committee of the 2005 Summer National Senior Games - The Senior Olympics; chairman of the board and executive medical director of the City of Pittsburgh Marathon Inc. from 1985 through 2003; company physician and member of the board of trustees for the Pittsburgh Ballet Theatre; and team physician for Mt. Lebanon High School. Dr. Fu is also involved in the WQED Children's Festival Chorus and honorary board member of the Parental Stress Center. He has served as honorary chairman for various functions of the Pittsburgh Employment Alliance and is an active member of the Organization of Chinese Americans.