A New Frontier in Bionic Vision for Macular Degeneration

An innovative advancement in vision restoration technology is actually quite small. About 2x2 mm — the size of a pinhead — and as thick as a human hair to be more precise. Called PRIMA, developed by José-Alain Sahel, MD, Chair, UPMC Department of Ophthalmology, and Daniel Palanker, PhD, from Stanford University, this bionic retinal implant system is currently enrolling patients in a clinical trial at the University of Pittsburgh and UPMC. 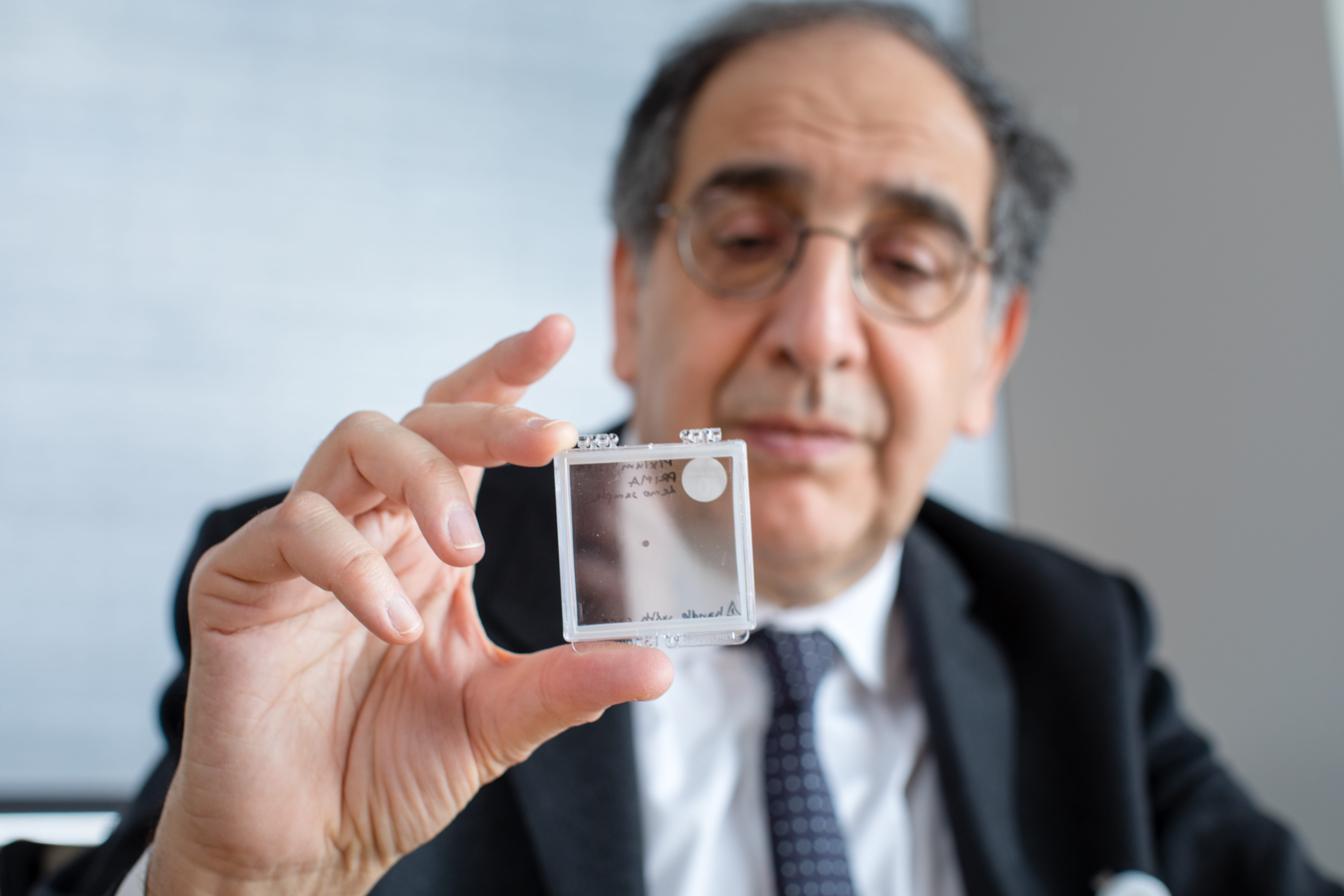 The PRIMA Bionic Vision System was developed by Paris-based Pixium Vision, a company co-founded by Dr. Sahel. The PRIMA device aims to restore vision loss in the form of light visual perception in patients with retinal degeneration. The company has been engaged in clinical trials in Paris since December 2017 and recently received approval from the FDA to begin the clinical feasibility study in Pittsburgh. UPMC and the University of Pittsburgh were chosen as the first and only U.S. site to participate in this 36-month early feasibility study designed to evaluate the safety and performance of this new device.

The clinical trial will involve patients who have lost central vision due to end-stage atrophic Dry Age-related Macular Degeneration (AMD). Joseph N. Martel, MD, assistant professor of Ophthalmology at the University of Pittsburgh School of Medicine will implant the new artificial vision system in patients at UPMC. This research study is made possible by a unique collaboration forged by Dr. Sahel among the University of Pittsburgh and three French Institutions: University Pierre et Marie Curie of the Sorbonne Universités, the Institut National de la Santé et de la Recherche Médicale (Inserm), and the Centre National de la Recherche Scientifique (CNRS).

How does it work?

The PRIMA system consists of a miniaturized and totally wireless sub-retinal implant chip, special eyeglasses, and a small portable pocket computer. The eyeglasses have a miniaturized camera that captures information from the outside world and sends it to the computer worn by the patient. The computer processes the information and communicates it back to the glasses, which then transmits it through the eye via infrared light to the implant. The implanted chip acts like a tiny solar panel that is powered by pulsed near-infrared light.

The chip, designed to recognize the infrared light, converts the light into electrical impulses in the retina that are sent to the brain. The patient learns to interpret these impulses through training and device tuning after the chip is implanted. 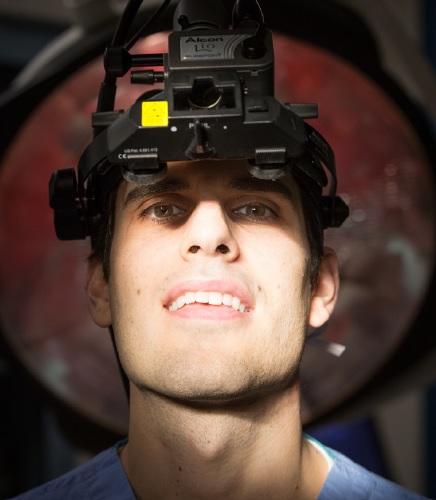 Joseph Martel, MD, an ophthalmologist at UPMC with specific expertise in vitreoretinal surgery and macular degeneration, is the principal investigator in the United States for the new PRIMA Bionic Vision System.

How is this different from other implants?

While this is not the only retinal implant being developed, PRIMA differs from existing technologies in dramatic ways. Other implants require a wire from the patient’s body to the chip, but this implant is wireless. The chip also has many more electrodes — 378 to be exact — than other implants, which is expected to vastly improve what the patient is able to see after training.

What does this mean for patients?

For further information on the clinical study and enrolling patients, please call 412-647-2200.