The Lung Clearance Index (LCI) is a pulmonary function measurement that is becoming increasingly utilized in patients with cystic fibrosis (CF). LCI has several attractive features. Measurement is performed during tidal breathing (not requiring forced expiratory maneuvers), and the LCI may be more sensitive to early CF lung disease than spirometry. It is thought to reflect ventilation inhomogeneity and, as such, is a marker of small airway disease (whereas FEV1 likely reflects disease in larger airways).

The LCI is defined as the number of lung volume turnovers needed to reduce the concentration of a tracer gas by a factor of 40 with tidal breathing. The LCI is one parameter obtained from the Multiple Breath Washout (MBW), historically performed by having the patient tidally breathe a gas mixture consisting of air and a small amount of an insoluble tracer gas (e.g., Sulfur hexafluoride, SF6) until the inspired and exhaled concentrations equilibrate (wash-in phase). Next, the breathing circuit is switched for the subject to tidally breathe air (washout phase), and the exhaled tracer gas concentration and exhaled volume are measured until the concentration of tracer gas has been reduced to 1/40 of the equilibration concentration (the LCI point).LCI is calculated as the cumulative exhaled volume at this point divided by the functional residual capacity (FRC), which is derived from the washout curve of the tracer gas. 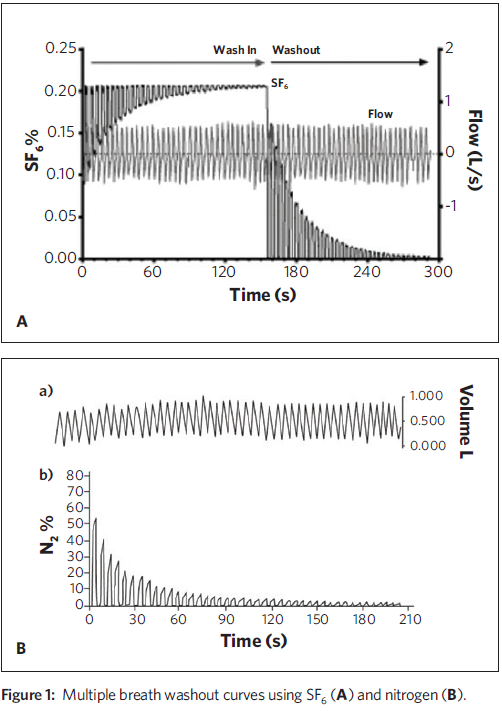 The Lung Clearance Index has been used to demonstrate both progression of CF lung disease in young children1 and the response to several treatments, including mucolytic drugs and airway clearance. Investigators at UPMC Children’s Hospital of Pittsburgh have participated in studies demonstrating the effect of CFTR modulator drugs on the LCI.2

Some have proposed using endogenous nitrogen (N2) as the tracer gas as it is washed out by breathing 100 percent oxygen. The advantage of this methodology is that there is no wash-in required, and oxygen is an inexpensive gas for the testing. There may be some disadvantages as well, and some devices used in clinical trials (e.g., Exhalyzer® D, from ECO MEDICS) are not yet FDA approved. In contrast, MBW with SF6 may be more expensive, although the sole commercial device for this purpose (Innocor® LCI, from PulmoTrace) is FDA approved.

While the measurement is gaining popularity in clinical trials, there remain several questions, some of which we have been trying to address in our laboratory at Children’s Hospital. First, there has been a longstanding concern that as nitrogen is washed out of the lung, nitrogen from the blood re-enters the lung (this is termed “back diffusion”). This was described to affect nitrogen washout for measurement of lung volume as early as the 1940s.

We undertook MBW tests using a modified setup to simultaneously measure N2 and SF6 in healthy young adults.3 SF6 mixed in air was washed in from a large bag until the gas concentrations stabilized. The patient then was connected to a second bag prefilled with 100 percent oxygen. SF6 and nitrogen were simultaneously washed out until the concentration of both gases were < 1/40 of the starting concentration. During one MBW test, the subjects were asked to hold their breath for 30 seconds at two different points; the second MBW test was performed while the subjects exercised on a cycle ergometer. Increases in end-tidal nitrogen concentration after the breath holds was assumed to be due to back diffusion, and this increased when subjects increased cardiac output by exercising.

We estimated that alveolar nitrogen concentration was about one-third of the total concentration at the LCI point, leading to overestimation of LCI. We concluded that the N2 LCI point is influenced significantly by back diffusion, which depends on cardiac output and other factors. We also suspect that other technical factors (besides back diffusion) contribute to differences in LCI measured by nitrogen and SF6 washout. This may be, in part, that nitrogen is indirectly measured by most devices and is calculated by subtracting the sum of oxygen and carbon dioxide concentrations from 100 percent. The use of these multiple analyzers could create small errors that are amplified at very low concentrations of nitrogen.

In an ongoing study at Children’s Hospital, we connected the Exhalyzer breathing assembly (for N2 washout) to a pneumotach and the gas inlet of the Innocor analyzer (for SF6 washout). Healthy adult subjects breathed tidally from a 120 L bag with 0.2 percent SF6 in air to wash-in gas until the concentration was stable, and then the subjects switched to washout of SF6 and N2 by breathing 100 percent oxygen from theExhalyzer bias flow system. Washout curves were recorded by both devices. The lung volume (FRC) values calculated from SF6 MBW (See Figure 3, orange dotted line) plateau at the  end of washout as expected, while the FRC values calculated from N2 MBW continue to slowly increase (blue dotted line) and were significantly different. Indeed, the N2 concentration failed to reach zero even after prolonged washout with 100 percent oxygen, and instead appears to become stable at around one percent. 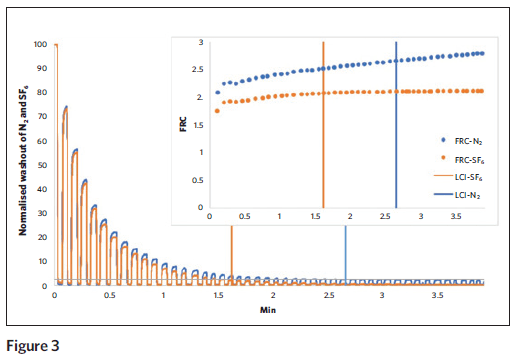 We suspect that these differences are exacerbated in patients with lung disease, and data collection in patients with cystic fibrosis is ongoing. In summary, the Lung Clearance Index holds great promise as a sensitive measure of lung disease in cystic fibrosis. Several technical methodologic questions remain regarding choice of tracer gas and analyzers. Given that CF lung disease starts very early, it is hoped that these assessments can be scaled down for measurements in infants and toddlers, and Children’s Hospital will be participating in studies in the coming year to determine this. 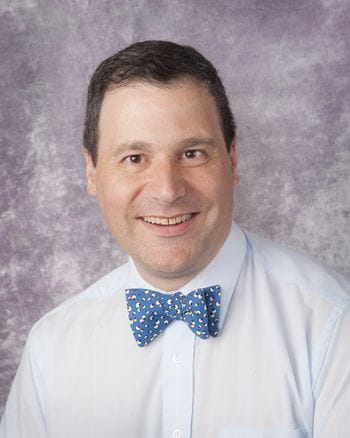