Putting the Spotlight on Men’s Reproductive and Sexual Health

In November 2018, Kathleen Hwang, MD, joined the faculty of the University of Pittsburgh and UPMC Department of Urology to help build and lead a new multi-disciplinary UPMC Men’s Health Center special-izing in male reproductive and sexual health. 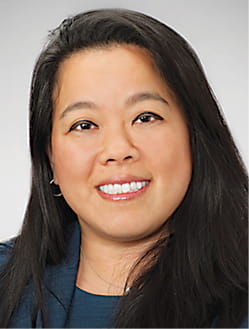 “Our main goal is to be a comprehensive center for men for sensitive areas of health, areas that a lot of people are really not comfortable to talk about,” says Dr. Hwang. “We want to give them an arena to be comfortable in, where they have advocates — from the physicians to the nursing staff and administrative staff — who understand the intimate nature of these conditions.”

Dr. Hwang received her medical degree from New York Medical College. After completing her residency in urology at the University of Virginia, she went on to complete a fellowship in male reproductive medicine and surgery at Baylor College of Medicine in 2011. After seven years at the Warren Alpert Medical School of Brown University as a clinician and research scientist specializing in men’s reproductive and sexual health, Dr. Hwang came to UPMC and the University of Pittsburgh as an associate professor of urology; director of male reproductive health; and associate professor in the Department of Obstetrics, Gynecology, and Reproductive Sciences. She is one of a small number of specialists in the country who are pursuing the surgeon-scientist career path in the area of male reproductive health.

In addition to focusing on male infertility and sexual health, specialists at the new UPMC Men’s Health Center, which include Josip Vukina, MD, MPH, (left) and reconstructive and trauma specialist Paul Rusilko, DO, FACS, (right) will work with men on sexual health issues including premature or delayed ejaculation, low testosterone, erectile dysfunction, Peyronie’s disease, and vasectomy and vasectomy reversal. 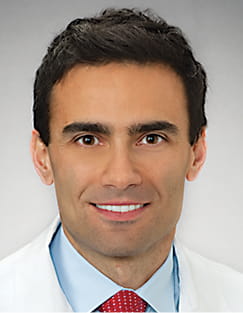 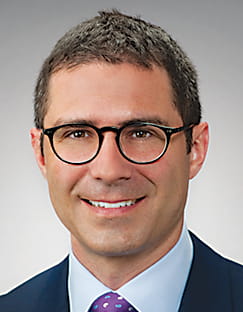 “It will be a multidisciplinary center,” says Dr. Hwang. “In addition to urologists, we will have bone health specialists, sexual therapists, and physical therapists who specialize in pelvic pain. These are all vitally important aspects of men’s health. For example, we will work with men who are undergoing prostate cancer treatment and want to focus on post-treatment quality-of-life issues such as urinary incontinence and erectile dysfunction.”

Dr. Hwang is continuing her research at UPMC on a number of investigational topics and priorities. One such line of research deals with methods of using the RNA content of sperm to assess male fertility, as well as on developing tests that use other genetic and epigenetic characteristics of sperm as biomarkers for sperm quality.

“It is only very recently that we uncovered that human sperm not only has significant quantities of RNA in it, but also that it contains many different kinds of RNA,” says Dr. Hwang. “We are just beginning to scratch the surface of what it means that human sperm contain all this RNA and how it may be a sensitive monitoring endpoint for male reproductive toxicants. Understanding the roles sperm RNA plays, and the mechanisms by which they act are the future of this research.”

In a paper1 published in 2018 in Andrology, Dr. Hwang and colleagues outlined a new technique for reliable, consistent isolation of high-quality RNA from sperm. Before they developed this method, it had been difficult to predictably extract intact, purified RNA from human sperm.

In a follow-up study,2 results of which were published in PLOS One in May 2019, Dr. Hwang’s team used this new technique to show a strong relationship between the large RNA content of sperm and poor semen characteristics such as low total sperm count and density. The researchers also found that increased alcohol consumption was associated with unfavorable amounts of large RNA in sperm.

“The only method we have now to gauge a man’s fertility potential is the semen analysis, which is a very poor surrogate for sperm health,” says Dr. Hwang. “We need something better, not only for fertility counseling but also to answer questions like: What effect does a new drug have on sperm? How does that new drug affect male reproductive health?”

A Potential Treatment for Peyronie’s Disease

While studying the role of the hormone ghrelin in sperm production about a decade ago, Dr. Hwang found that mice that produced an excess of ghrelin appeared to be protected from forming scar-tissue adhesions like those seen in the penises of men with Peyronie’s disease. “It was a completely serendipitous finding, but one that I theorized had potential as an area of research,” says Dr. Hwang.

Since then, Dr. Hwang has been studying the potential antifibrotic properties of ghrelin. In one study,3 published in April 2016 in PLOS One, her team showed that ghrelin administration in mice could reduce scarring after surgery. The hormone appeared to work by inhibiting an inflammatory pathway driven by the cytokine transforming growth factor-beta (TFG-β).

“The TGF-β pathway is the exact mechanism of fibrotic deposition in Peyronie’s,” says Dr. Hwang. She has now developed a rat model to mimic Peyronie’s disease and plans to begin testing ghrelin as a treatment for the condition in this model.

Fertility Preservation for Cancer Survivors: A Discipline of Growing Importance

Dr. Hwang also is continuing to pursue her clinical and research interests in fertility preservation for male cancer survivors.

In the past, Dr. Hwang has collaborated extensively with fertility preservation expert and pioneering researcher Kyle Orwig, PhD, who directs the Fertility Preservation Program of UPMC, and who also is a professor and director of research in reproductive endocrinology and infertility in the Department of Obstetrics, Gynecology, and Reproductive Sciences at UPMC Magee. Dr. Orwig also is currently the principal investigator on a number of experimental protocols in fertility preservation for young, prepubescent cancer patients — both boys and girls — in addition to other clinical trials and research with adult patients.

Now that she is at UPMC, she is continuing her collaboration with Dr. Orwig on aspects of fertility preservation for cancer patients with several new initiatives in the planning stages.

“It has always been a wrenching experience with patients who have survived cancer, and who suddenly realize, ‘I really want to be a father.’ They’re not always lucky enough to have been counseled or had sufficient means to bank sperm before starting their cancer treatments, many of which are gonadotoxic and can render an individual infertile. Our goal is to counsel and guide them through the process and explain what fertility options are feasible for them, either before or after they have been treated for cancer,” says Dr. Hwang.

The broad expertise of Dr. Hwang and her fellow clinicians at the new UPMC Men’s Health Center means that they can offer patients a wide range of evidence-based treatment options. We’re very much always trying to keep our finger on the pulse of clinical care for men’s health,” says Dr. Hwang.

To refer a patient to the UPMC Men’s Health Center for consultation or treatment, please call 877-641-4MEN (4636). For additional information about the Center, visit UPMC.com/MensHealth.