Fertility Preservation Program in Pittsburgh: Scientific Milestones and Technological Advances Closing In on the Clinic 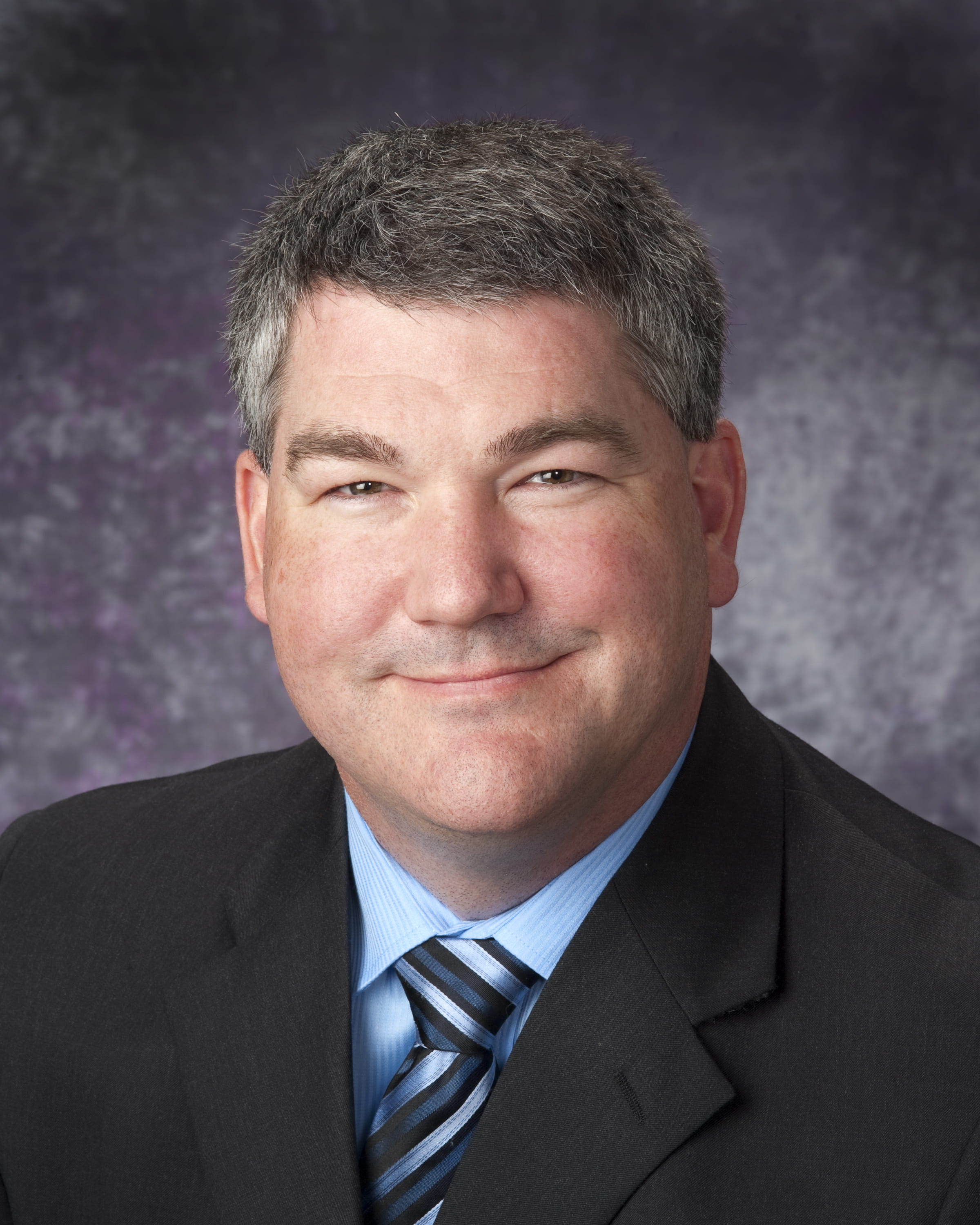 Kyle Orwig, PhD, is a professor in the Department of Obstetrics, Gynecology, and Reproductive Sciences with secondary appointments in micro-biology and molecular genetics, and developmental biology. He is primary investigator of the Orwig Laboratory, director of research in reproductive endocrinology and infertility, and director of the Fertility Preservation Program in Pittsburgh of UPMC.

As Director of the Orwig Laboratory, Dr. Orwig and his colleagues are investigating numerous lines of research crucial to developing more complete understandings of spermatogenesis, oogenesis, and various conditions that lead to infertility in men and women. Dr. Orwig and his laboratory have ongoing investigations into the molecular mechanisms that control spermatogonial stem cells and their basic biology; testicular and germline development; stem cell therapies to treat forms of male infertility; and a number of IRB-approved experimental protocols testing new clinical technologies for fertility preservation and restoration.

In collaboration with the Division of Reproductive Endocrinology and Infertility, the Fertility Preservation Program in Pittsburgh of UPMC provides the most comprehensive menu of fertility preservation options available anywhere in the country, including both standard of care and experimental options for women, men, girls, and boys. The program has provided national and international leadership by offering experimental testicular and ovarian tissue freezing for children — specifically, those children with a clinical cancer diagnosis whose chemotherapy or radiation treatments put them at significant risk for future infertility as a consequence of gonadotoxic therapies. Children are not able to produce mature eggs or sperm, so ovarian and testicular tissue freezing is the only fertility preservation option available to them.

At present, there are few options to use ovarian tissues or testicular tissues obtained from children to produce mature eggs or sperm that can be used for reproductive purposes. The most progress has been made with ovarian tissues, which can be transplanted back into the patient and ovulate eggs into the uterus in the usual way. About 150 babies have been produced from transplanted ovarian tissues, including two from adult survivors of childhood cancers. No human babies have been produced from cryopreserved testicular tissues yet, but Dr. Orwig’s team has made pioneering strides on this front in nonhuman primates, with groundbreaking results being published last year in the journal Science.

A Birth From Cryopreserved and Implanted Testicular Tissue

In a major first, Dr. Orwig and colleagues at the University of Pittsburgh School of Medicine and the Magee-Womens Research Institute (MWRI) reported in March, 2019, in the journal Science that in a nonhuman primate model immature testicular tissue can be cryopreserved and later used to restore fertility to the same animal. This advance marks a milestone in the development of next-generation assisted reproduction therapies and offers hope for fertility preservation in prepubertal boys who are about to undergo cancer treatments.

“This advance is an important step toward offering young cancer patients around the world a chance at having a family in the future,” says Dr. Orwig.

In the current study, Dr. Orwig and his team developed a non-human primate model of cancer survivorship. Prior to treating with chemotherapy, the researchers removed one testis from prepubertal rhesus macaques and cryopreserved the immature testicular tissue. As the animals approached puberty, the other testis was removed. On the same day, they transplanted pieces of the freshly collected tissue as well as pieces of tissue that were cryopreserved months earlier under the skin of the same animal. As the animals entered puberty, their testosterone levels increased, causing the grafted tissue to mature and produce sperm.

Eight to 12 months later, after the animals entered puberty, the researchers removed the grafts and found large numbers of sperm to be present. They sent the sperm to their collaborators at the Oregon National Primate Research Center at Oregon Health & Science University who were able to generate viable embryos, which were then transferred to recipient females.

In April 2018, one of the females gave birth to a healthy female baby, which Orwig named “Grady” — a portmanteau of “graft-derived” and “baby.” 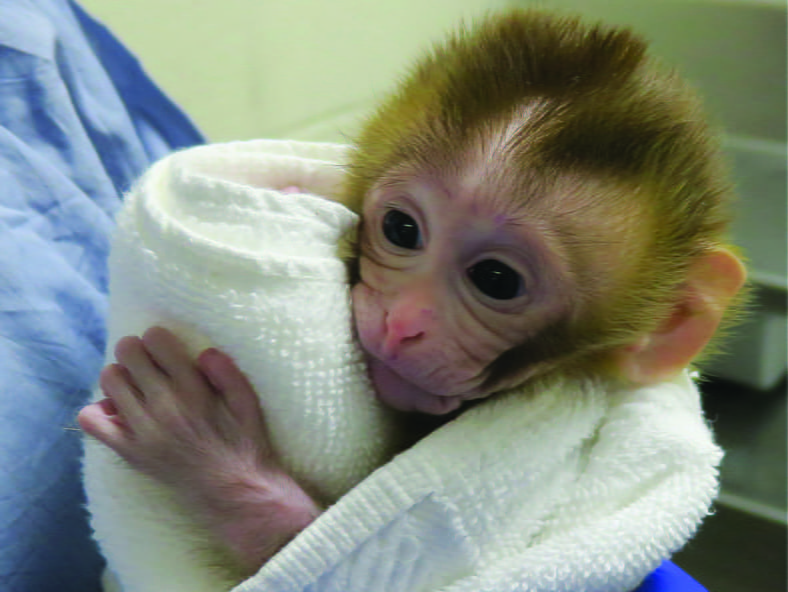 “With Grady’s birth, we were able to show proof-of-principle that we can cryopreserve prepubertal testicular tissue and later use it to restore fertility as an adult,” says first author Adetunji Fayomi, PhD, a former graduate student in Dr. Orwig’s laboratory and a postdoctoral scholar at the University of Pittsburgh. Dr. Orwig notes that in comparison to previous work published by others, they used a different cryopreservation protocol and grafted larger pieces of testicular tissue, which may have contributed to the success of the current effort.

“The reason that we did these studies in a nonhuman primate is because we thought that this was the last step on the road to translating to the clinic,” says Dr. Orwig. “Having produced a live-born and healthy baby, we feel that this is a technology that is ready to be tested in the clinic.”

In preparation for clinical translation, Dr. Orwig established a fertility preservation program in 2010 at UPMC Magee-Womens Hospital. The program offers pediatric cancer patients the option of cryopreserving testicular or ovarian tissue before starting cancer treatments. Since then, it has expanded through collaborations with centers around the world. Orwig hopes that when these patients grow up and want families of their own, they will have that option.

In May, 2019, Dr. Orwig and colleagues published findings on their testicular tissue cryopreservation protocol and multicenter network in the journal Human Reproduction. The paper details the first eight years of their experience in harvesting and preserving testicular tissue from prepubertal boys with a cancer diagnosis who needed gonadotoxic chemotherapy for their disease that would likely render them infertile for the remainder of their lives. The goal in preserving the tissues is to someday restore the person’s fertility at a time when they are ready to have children and at a time when the technologies exist in the clinic in order to make that a reality.

“Pittsburgh serves as the hub of the network and provides centralized processing of testicular or ovarian tissues. Thus, patients can have surgery to collect testicular tissues or ovarian tissues in the institutions where they are being treated for their cancer. Tissues are express- shipped to Pittsburgh where the tissue is processed and cryopreserved. We have 10 other sites in the network in the United States and in Israel. We have cryopreserved tissues for more than 250 individuals, many of whom are from outside the United States,” says Dr. Orwig.

Dr. Orwig goes on to explain that this network approach is the ideal model for children’s hospitals, most of which have the expertise to treat cancer patients and perform surgery but not the infrastructure or expertise to process reproductive tissues. The Pittsburgh center has the infrastructure and expertise to provide these services. This model allows patients to access experimental fertility preservation services without having to travel to Pittsburgh for their surgery.

Work is progressing in animal models as reported in a recent paper in Science. In the next several years, it is likely that proof-of-concept studies in human adults will be completed prior to beginning the work necessary to implant the preserved tissues of children and, with hope, generate viable sperm or eggs and the restoration of fertility.

“This work began with one patient who was referred to our clinic, a male to female transgender patient. She had the desire to bank a semen sample for potential use in the future. The issue at the time was this individual was in the middle of their transition, and stopping hormone therapy in order to get a sperm sample is highly problematic for a number of issues, one of which is the psychological aspects,” says Dr. Orwig.

While the experience with this one patient ultimately ended up with her coming off the hormone therapy for five months in order to be able to generate sperm, the case sparked many questions in Dr. Orwig’s mind about fertility preservation for transgender individuals.

“I began having conversations with colleagues in the field who are experts in transgender medicine. I wanted to know are their treatments reversible? Is there a point after which they are not reversible? Can sperm be collected while a person is still undergoing treatment, and if so, is the sperm functional?  What is the psychological impact of having to stop transgender treatments? Nobody knew the answer to these questions, and as a researcher, that is my cue to get started working out answers to these questions,” says Dr. Orwig.

From that first patient, Dr. Orwig and colleagues learned quite a bit. They learned that the treatments are reversible and for how long, approximately, they needed to be stopped in order for the individual to produce sperm again. They also learned that the psychological impact of having to stop the transgender transition treatments for this one individual was quite difficult.

Subsequently, work was begun in the laboratory to develop transgender male and transgender female mouse models to begin the process of understanding the basic science at play, and also to ask the question of whether healthy babies can be born from eggs and sperm in these murine models. This work is currently ongoing.

At the same time, Dr. Orwig and colleagues have been approached by families from around the world with inquiries about preserving the testicular or ovarian tissues of young children before they start transgender treatments. The immediate answer was no because there was no IRB-approved experimental protocol in place. However, because of the interest and the desire to help these children and their families, Dr. Orwig and his team set about the process of developing a protocol. Now the program is approved to freeze ovarian tissue from transgender males and testicular tissue for transgender females.

While Dr. Orwig and colleagues have had remarkable success in their basic science and clinical programs, and experimental protocols for young boys and girls, that success alone is not enough. Advancing the technologies to the clinic that can restore fertility and ultimately produce offspring is the next hurdle. While it may seem like that day is far in the future, Dr. Orwig explains that several technologies have been proven to the point where translation to the clinic is imminent.

“There are stem-cell based technologies of a highly mature level replicated in animals that we have demonstrated work in nonhuman primates — monkeys. We are excited and passionate to bring these technologies to life because we have been preserving testicular and ovarian tissues for boys and girls for almost a decade. We owe it to those patients to responsibly develop the next generation of technologies so they have a viable chance at using their preserved tissues to have children one day,” says Dr. Orwig.