Vitamin D Has No Benefit for Asthma Compared to Placebo

Contrary to earlier results, vitamin D supplements do not prevent severe asthma attacks in at-risk children, according to the first placebo-controlled clinical trial to test this relationship. These results were published today in JAMA. 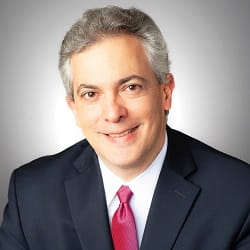 “The reason that’s important is there are colleagues around this country and worldwide who are testing vitamin D levels for kids with asthma and giving them vitamin D,” said study lead author Juan C. Celedón, MD, DrPH, chief of pediatric pulmonary medicine at UPMC Children’s Hospital of Pittsburgh. “As a system, it costs a lot of money to run all these tests and give the supplements. We’ve shown no benefit for children with moderately low vitamin D levels.”

For three years, the Vitamin-D-Kids Asthma (VDKA) Study followed nearly 200 children ages 6 to 16 across seven different U.S. hospital systems. All had at least one asthma attack during the year before the study began.

Half of the participants were randomized to receive 4,000 IU of vitamin D per day, and the other half got placebo pills. No one involved in the study knew which type of pill each participant was getting.

All of the children had vitamin D levels low enough that supplements should have an effect — if vitamin D truly is beneficial for reducing severe asthma attacks — but the study excluded children with severe vitamin D deficiency because it would be unethical to withhold it in those cases.

Compared to placebo, vitamin D did not reduce the number of asthma attacks participants experienced or their reliance on inhaled steroids.

That’s different from what was seen in the past with observational studies in Costa Rica, the U.S. and Canada, and Puerto Rico, where children with naturally low vitamin D levels seemed to have worse asthma.

"With observational studies, you never know — is vitamin D causing asthma to be worse or do kids with worse asthma end up having lower vitamin D?” said Celedón, who also holds the Niels K. Jerne chair of Pediatrics at the University of Pittsburgh School of Medicine.

Even with the rigor of the present study’s design, Celedón acknowledges that he can’t draw conclusions about whether very low vitamin D levels contribute to asthma attacks, but he argues that those children would be supplemented either way because of known effects on bone health.

This trial was funded by the National Heart, Lung, and Blood Institute (grant HL119952). The vitamin D and placebo capsules given to participants were supplied by Pharmavite, and GlaxoSmithKline provided steroid inhalers. Neither company had a role in the design, implementation or data analysis for the study. Celedón has received a steroid inhaler from Merck for another, unrelated study. Conflicts of interest for other authors are disclosed in the study.