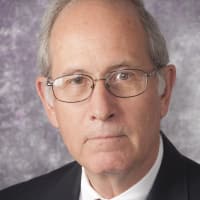 Treatment for childhood cancer has come a long way in the last 50 years. A. Kim Ritchey, MD, is doing his part to ensure that Children's Hospital of Pittsburgh maintains its position as a leader of that progress. Dr. Ritchey is chief of the Division of Pediatric Hematology/Oncology at Children's Hospital, professor of pediatrics at the University of Pittsburgh School of Medicine, and president of the American Society of Pediatric Hematology/Oncology.

Dr. Ritchey also is the principal investigator for the Children's Oncology Group (COG), which is now the only pediatric clinical trials organization funded by the U.S. National Cancer Institute. In his position, he is responsible for overseeing clinical research trials in different types of childhood malignancy. The COG currently has more than 75 active clinical research trials for children with cancer. Children's is one of only 20 select institutions within the COG that has approval to perform experimental studies with new drugs and treatments for children with cancer, also known as Phase I studies.

In the research studies he is overseeing at Children's, Dr. Ritchey is helping to increase the understanding of why some children are difficult to cure- for example, why some tumor cells have the ability to rapidly develop resistance to chemotherapy while others are responsive to therapy.

Dr. Ritchey is experienced in central nervous system leukemia and led a national clinical research trial in this area, which resulted in some of the best therapy published to date. He also is knowledgeable in hematologic disorders and has participated in clinical trials in idiopathic thrombocytopenic purpura1, anemia of malignancy, and sickle cell disease. His clinical interests include general cancer management, coagulation and bleeding disorders.

1 "Idiopathic" means that the cause is unknown. "Thrombocytopenic" means the blood doesn't have enough platelets. "Purpura" means a person has excessive bruising. In people with ITP, all of the blood cells are normal except for the blood platelets. A person with too few platelets bruises easily and bleeds for a long time after being injured. Tiny red dots on the skin, called petechiae, might also appear. When the platelet count is very low, the person with ITP might have nosebleeds that are hard to stop, or might have bleeding in the intestines.