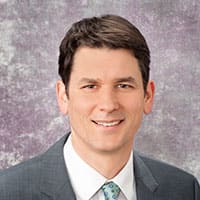 Associate Professor of Medicine University of Pittsburgh School of Medicine

Andrew H. Voigt, MD, is a fellowship-trained cardiologist with the UPMC Heart and Vascular Institute. He earned his medical degree from the University of Pittsburgh School of Medicine, and then completed both his internship and residency at Georgetown University Hospital in Washhington, D.C. Dr. Voigt then completed both cardiology and cardiac electrophysiology fellowships at the University of Pittsburgh in 2005 and 2007, respectively.

Dr. Voigt's clinical interests include comprehensive management of atrial fibrillation in its paroxsymal and persistent forms. Another focus of his clinical work is catheter ablation for atrial fibrillation (AF), supraventricular tachycardia (SVT), and ventricular tachycardia (VT). He is engaged in the implantation and follow-up of cardiovascular implantable electronic devices such as biventricular pacemakers and defibrillators (ICDs), and he has has implanted leadless pacemakers. In addition, his practice encompasses chronic management of pacemaker and defibrillator leads, including extraction.

Dr. Voigt's research is focused on cryoablation for atrial fibrillation and patterns of cardiovascular implantable electronic device utilization. He was one of the earliest physicians in the United States to implant a leadless pacemaker during a "first in human" multicenter trial.