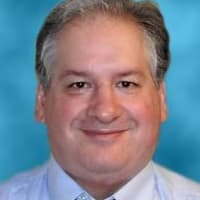 C. Edward Dixon, PhD, received his PhD degree in physiological psychology from the Virginia Commonwealth University in 1985. That year, he was awarded a National Research Service Award for Postdoctoral Fellows by the National Institutes of Health and joined the Division of Neurological Surgery at the Medical College of Virginia.

In 1986, he became a postdoctoral fellow in the Biomedical Science Department of the General Motors Technical Center in Warren, Mich. Dr. Dixon was named assistant professor in the Division of Neurosurgery at the Medical College of Virginia in 1987 and became an assistant professor in the Department of Neurological Surgery at the University of Texas Health Science Center in Houston in 1991.

In 1995, he joined the Brain Trauma Research Center in the Department of Neurological Surgery at the University of Pittsburgh as associate professor. He became the director of the center in October 2002.

In 2001, he became a co-director of the Safar Center for Resuscitative Research. In May of 2004, Dr. Dixon was named full professor of neurological surgery at the University of Pittsburgh and was later appointed vice chairman of research in the Department of Neurological Surgery in 2008.

In 2011, Dr. Dixon was honored with one of the highest honors the university can present a faculty member when he was awarded The Neurotrauma Chair in Neurosurgery at the University of Pittsburgh.

Dr. Dixon served as president of the National Neurotrauma Society for the 2002-2003 term and continued as councilor of the society for terms 2004-2007 and 2009-2012. He also has continued as a study section participant of several public and private grant review panels. His research has dealt primarily with mechanisms of post-traumatic memory deficits, rodent models of traumatic brain injury, and functional outcomes.

Dr. Dixon has published 176 papers (and five epub ahead of print) in refereed journals, one book (co-editor), 28 book chapters, and two editorials.

What hit her? The repercussions of traumatic brain injury are becoming clearer
Spring 2011
University of Pittsburgh PittMed

Dr. Dixon's current studies are exploring the role of synaptic vesicles on neurotransmitter release deficits chronically after TBI. Neurotransmitter release at the synapse requires fusion of synaptic vesicles with the presynaptic plasma membrane. A crucial step in this process involves the assembly of a soluble N-ethylmaleimide-sensitive factor attachment protein receptor (SNARE) complex, a highly stable, parallel four-helix bundle formed between the synaptic vesicle SNARE synaptobrevin 2 (SYB2) and the plasma membrane SNAREs syntaxin 1 and synaptosome-associated protein of 25 kDa (SNAP-25). The pathology of SNARE proteins may play an important role in TBI. Dr. Dixon has reported at the National Neurotrauma Society meeting that SNARE complex formation was reduced at one and twoweek in hippocampal whole cell lysates of CCI-injured rats compared to sham-injured rats. Assembled SNARE complexes were localized and quantified between 50 and 150 kDa by antibodies recognizing SNAP-25 in unboiled lysates.

Another important finding this year is that synaptic vesicle distribution is altered in hippocampal dentate gyrus synapses at one week following experimental TBI. In an initial study, the distribution and density of synaptic vesicles in pre-synaptic nerve terminals appeared altered in transmission electron micrographs from CCI-injured rats at 1 wk post-injury. As part of the U.S. Army-funded Operation Brain Trauma Therapy consortium, Dr. Dixon's lab screened three drugs in the controlled cortical impact model of TBI: Glibenclamide, Collidon VA-64, and AER-271