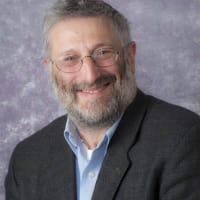 Dr. Brent was born in Rochester, NY and grew up in the Philadelphia area. He received his undergraduate education at Pennsylvania State University and graduated from Jefferson Medical College of the Thomas Jefferson University. Dr. Brent trained in pediatrics at the University of Colorado, in general and child psychiatry at Western Psychiatric Institute and Clinic, and completed a master’s degree in psychiatric epidemiology at the University of Pittsburgh School of Public Health.

He co-founded and now directs Services for Teens at Risk (STAR), a Commonwealth of Pennsylvania-funded program for suicide prevention, education of professionals, and the treatment of at-risk youth and their families. His work in the area of suicide has focused on the epidemiology of adolescent suicide, and has helped to identify the role of firearms, substance abuse, and affective disorders as risk factors for youth suicide.

Consequently, he and colleagues at Western Psychiatric Institute and Clinic have helped to establish the role of cognitive therapy as a treatment for depressed adolescents in an NIMH-funded clinical trial. Dr. Brent has also focused on the familial and genetic aspects of suicide; having found that suicidal behavior clusters in families and is currently, along with colleagues at New York State Psychiatric Institute, studying how suicidal behavior may be transmitted from parent to child.

Dr. Brent’s work has been funded by the William T. Grant Foundation and the National Institute of Mental Health, and he currently directs an NIMH-funded Advanced Center for Interventions and Services Research for Early-Onset Mood and Anxiety Disorders devoted to improving the life course of youth with mood and anxiety disorders, and consequently at high risk for suicide.