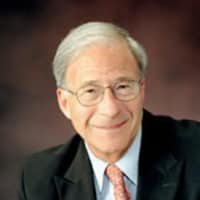 Dr. David J. Kupfer is the Thomas Detre professor of psychiatry at the University of Pittsburgh School of Medicine and chaired the American Psychiatric Association Task Force for DSM-5.

Between 1983 and 2009, Dr. Kupfer served as Chair of the Department of Psychiatry at the University of Pittsburgh School of Medicine, and Director of Research at Western Psychiatric Institute and Clinic. During that time, he facilitated the coordination and expansion of investigations among the department's 200 faculty. Under Dr. Kupfer's direction, WPIC became one of the nation's preeminent university-based psychiatric research centers as evidenced by the quality and number of publications as well as the amount of peer-reviewed federal funding for mental health research. A prolific writer, Dr. Kupfer has authored or co-authored a combination of more than 1,021 articles, books, and book chapters.  Dr. Kupfer's own research has focused primarily on long-term treatment strategies for recurrent mood disorders, the pathogenesis of depression, and the relationship between biomarkers and depression.

In recognition of his contributions to the field, Dr. Kupfer has been the recipient of numerous awards and honors including the A.E. Bennett Research Award in Clinical Science (1975), the Anna-Monika Foundation Prize (1977), the Daniel H. Efron Award (1979), the Twenty-Sixth Annual Award of the Institute of Pennsylvania Hospital in Memory of Edward A. Strecker, M.D. (1989), the William R. McAlpin, Jr, Research Achievement Award (1990), the 1993 American Psychiatric Association Award for Research in Psychiatry, the First Isaac Ray Decade of Excellence Award (1994),  the Twelfth Annual Edward J. Sachar Award (1996), the 1996 Gerald L. Klerman Lifetime Research Award (jointly with Dr. Ellen Frank), the Institute of Medicine’s 1998 Rhoda and Bernard Sarnat International Prize in Mental Health, and the American Psychopathological Association’s 1999 Joseph Zubin Award (jointly with Dr. Ellen Frank), and the 2009 C. Charles Burlingame Award.  He was the 2010 Litchfield lecturer at the Department of Psychiatry at Oxford University and the recipient of the 2010 American College of Neuropsychopharmacology Julius Axelrod Mentorship Award. Dr. Kupfer was elected to the Institute of Medicine of the National Academy of Sciences in 1990.  He is the Founding President of the International Society of Bipolar Disorders. Dr. Kupfer chaired the American Psychiatric Association Task Force for DSM-5.