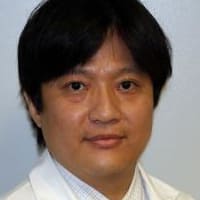 Hideyuki Kano, MD, PhD, joined the faculty in the Department of Neurological Surgery Center for Image-Guided Neurosurgery in 2008 as a visiting research assistant professor and is now a research associate professor in the department. He was named clinical research director at the center in 2014.

Dr. Kano received his medical training from the Shiga University of Medical Science in Otsu, Japan, earning his medical degree in 1997. He subsequently received his residency training at the Kyoto University School of Medicine, Kyoto, Japan and Osaka Saiseikai Izuo Hospital, Osaka, Japan in 2000. From 2000 to 2004, he received his residency training and then fellowship program of stereotactic radiosurgery and received a certificate of board of neurological surgery in Japan in 2004. In 2006, Dr. Kano received his PhD from the Graduate School of Medicine Kyoto University, Kyoto, Japan. From 2004 to 2007, Dr. Kano worked as a neurosurgeon-in-chief at Kishiwada City Hospital in Japan. He completed his fellowship program of image-guided neurosurgery at the University of Pittsburgh in 2008.

Dr. Kano is currently working on a clinical study about stereotactic radiosurgery for benign and malignant brain tumors, arteriovenous malformation and functional disease.

He has published more than 100 articles in refereed journals, 32 book chapters and/or invited publications, and has edited one book.

Japanese Board of Neurological Surgery

Outcomes research or comparative effectiveness research using a large clinical database is critical to understand the long-term benefit as well as risks of minimally invasive procedures for AVM management. The use of radiosurgery in the management of AVMs as well as brain metastases can be optimized by an extensive outcomes research based on our large clinical experience with AVMs as well as brain metastases. We will also seek to establish the Impac Metric data management system as the technology to perform our AVM outcome study. In addition we will collaborate with AB Elekta to implement the Impac Metric registry and data management system as the vehicle to perform additional multicenter outcome studies under the umbrella of the in the International Gamma Knife Research Foundation (IGKRF).