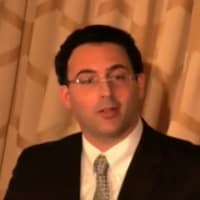 Houman Homayoun, MD, is a movement disorder neurologist who joined the Department of Neurology in July 2012, as an assistant professor.