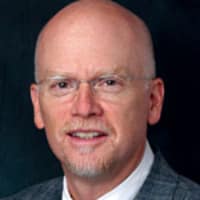 J. Timothy Greenamyre, MD, PhD, is professor of neurology, UPMC endowed chair & chief of Movement Disorders, and director of the Pittsburgh Institute for Neurodegenerative Diseases (PIND) and the American Parkinson Disease Association Advanced Center for Parkinson’s Disease Research at the University of Pittsburgh. He is a member of the scientific advisory board of the Michael J. Fox Foundation, and a member of the scientific advisory committees of the Cure Parkinson’s Project, and the Parkinson’s Disease Foundation.

He received the Roland B. Mackay Award (1986) and a research fellowship award (1990-1993) from the American Academy of Neurology and he was a Mallinckrodt Scholar (1994-1997). He chaired the research grants subcommittee of the Huntington’s Disease Society of America, and was a member of the NIH Parkinson’s disease research agenda planning committee, the Parkinson’s disease implementation committee and the Neurological Sciences and Disorders B study section of the NINDS.

The Greenamyre lab is interested in mechanisms that cause nerve cell death in disorders such as Parkinson's, Huntington's and Alzheimer's diseases. With respect to Parkinson’s disease, he is interested in interactions between environmental toxins (natural or man-made) and genes that increase or decrease an individual’s susceptibility to developing the disease. The work focuses on mitochondrial impairment, oxidative damage and protein aggregation.

In Huntington’s disease, his lab focuses on mitochondrial calcium handling and proteomics. The general strategy is to define mechanisms that cause nerve cell death, and then use them as potential ''targets'' for therapeutic intervention. The lab employsin vivo models of neurodegeneration and in vitro culture of cells and brain slices to study mechanisms of degeneration with a variety of biochemical, anatomical and physiological techniques.