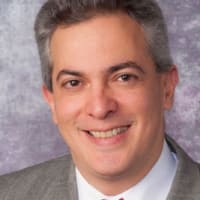 Dr. Celedón is a pulmonologist and genetic epidemiologistcommitted to research, mentoring, and patient care. His research goalsare to identify genetic factors and early-life environmental exposuresthat influence the development of asthma and chronic obstructivepulmonary disease (COPD), particularly in ethnic minorities.

He has have had a longstanding interest on early-life risk factors forobstructive airway diseases. We first demonstrated that “reversecausation” partly explains observed associations between antibiotic useand childhood asthma, and that maternal asthma modifies the relationbetween selected environmental exposures and childhood asthma. We have also shown that variants in the gene for matrix metalloproteinase 12(MMP12) influence lung function and/or COPD development in high-riskgroups (children with asthma and adult smokers).

Puerto Ricans and Mexican Americans markedly differ with regard toasthma burden (the “Hispanic paradox”). We have shown that underlyingdifferences in racial ancestry (assessed by genetic markers) likelyexplain this finding. In particular, we reported that African ancestryis inversely related to lung function in Puerto Rican children, but thatNative American ancestry is positively related to lung function (butinversely related to COPD) in New Mexicans Hispanics and Costa Ricans.We are now trying to determine whether genetic variants that are morecommon in West Africans or Native Americans than in Europeans explainour results for racial ancestry in Puerto Ricans (who have mostlyEuropean, African and Native American ancestry) and Costa Ricans (whohave mostly European and Native American ancestry). In both cases, weare conducting replication studies for genome-wide association studies(GWASs) of airway diseases and their intermediate phenotypes. AmongPuerto Rican children, we are also performing genome-wide interactionstudies (GWISs) for allergen exposure and vitamin D on childhood asthmaand lung function.

We first reported that physical or sexual abuse is associated withincreased asthma morbidity (in a study of Puerto Rican children). Inanother study, we showed that paternal and maternal depression areassociated with increased asthma burden from ages 1 to 3 years in PuertoRican twins. More recently, we reported that genetic and epigeneticvariation in ADCYAP1R1 is associated with childhood asthma in PuertoRicans. Furthermore, we demonstrated that exposure to personal andcommunity violence is associated with both ADCYAP1R1 methylation andasthma in these children. We now plan to examine the impact ofparental/individual-level stress on (genome-wide) DNA methylation andgene expression in Puerto Rican children.

We first showed that vitamin D insufficiency is associated with severeasthma exacerbations in a study of Costa Rican children, a finding thenreplicated in North American and Puerto Rican children. We are nowconducting a clinical trial of vitamin D supplementation to preventsevere asthma exacerbations in childhood. Such trial is beingcomplemented by mechanistic studies of the effects of vitamin D on viralillnesses and steroid responsiveness.

He is keenly interested in mentoring the next generation ofphysician-scientists. He was deeply humbled and honored to be the firstfaculty member of Harvard Medical School to ever receive both the YoungMentor Award (2005) and the A. Clifford Barger Excellence in MentoringAward (2010).