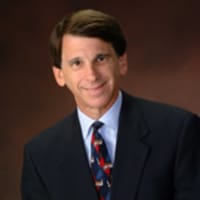 A Professor of Medicine and Division Chief, Dr Resnick focuses his research on the pathophysiology and therapy of geriatric syndromes. He serves as PI and Co-I for NIH-funded multidisciplinary studies of urinary incontinence which incorporate physiologic, neuroimaging, clinical, pharmacological and behavioral research aims. He also serves as PI for two foundation-funded initiatives to develop system–based approaches to prevent, detect, and treat delirium in hospitalized patients. He also serves as co-investigator in Dr. Greenspan’s research in geriatric osteoporosis, including her R01-funded studies in the nursing home and a PCORI-funded study of falls. Finally, he co-directs the Research and Career Development Core of the NIH-funded Pittsburgh Older Americans Independence Center.

Dr. Resnick has devoted his career to caring for older adults and to studying the causes of incontinence and osteoporosis in this group. At Harvard, he founded and directed the nation's first Continence Center. While treating his patients, he also conducted reasearch into their problems. He used these findings to help his own patients and to devise ways to help other doctors care for theirs. His research led to guidelines that have been adopted by the United States government for all incontinent adults, including those in nursing homes.

More recently, Dr. Resnick was asked to help the World Health Organization adapt the guidelines for more widespread dissemination. His work has been continuously funded by NIH and he has published more that 150 articles and chapters. His work has been honored by awards from the American Geriatrics Society, the American Urological Association, the International Continence Society, and the National Institutes of Health.