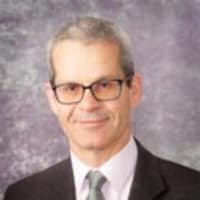 Patrick McKiernan, MD, always knew he wanted to be a pediatrician. As a medical student in his native Belfast, Northern Ireland, in the 1980s, he recalls being struck by the “sheer courage” of children with serious illnesses.

“It’s remarkable how quickly they recover from the blows life brings them,” he says. “They don’t complain – they just get on with recovering.”

Dr. McKiernan recalls visiting Pittsburgh in 1991 to attend a scientific conference. As a trainee in pediatric liver diseases, he was excited to visit the place where liver transplantation was first developed and inspired by a talk he heard by the legendary Thomas Starzl, MD, PhD, who pioneered liver transplantation at the University of Pittsburgh.

Twenty-five years later, Dr. McKiernan has moved to Pittsburgh to join the liver diseases team at Children’s Hospital of Pittsburgh of UPMC and oversee the care of patients with metabolic liver diseases as the director of the Pediatric Hepatology Program and as part of the Center for Rare Disease Therapy.

Dr. McKiernan has been professionally acquainted with many of the medical staff at the Center for Rare Disease Therapy for many years and has coauthored medical journal articles with Dr. Jerry Vockley, Center Director and Chief of Medical Genetics, Dr. Rob Squires and Dr. George Mazariegos, Chief of Pediatric Transplantation, among others.

“This was a unique opportunity for me,” says Dr. McKiernan. “Very few places offer the range of expertise and the high degree of multidisciplinary collaboration that the Center for Rare Disease Therapy offers. One of its key strengths is that all of its specialists work together with a shared philosophy that we all still have much to learn, both from each other and from our patients and their families.”

Over the course of Dr. McKiernan’s career, advances in pediatric liver transplantation have made the procedure a viable option for many children with life-threatening metabolic liver diseases such as maple syrup urine disease (MSUD). Dr. Mazariegos and his team at Children’s developed the first liver transplantation protocol for MSUD in 2004. Since then, Children’s has successfully performed more liver transplants in patients with MSUD than any other center in the world.

“Liver transplantation transforms the lives of these children and their families,” says Dr. McKiernan. Nevertheless, he adds, transplantation remains a major surgical procedure that poses risks to patients. Moreover, after a liver transplant, patients must take drugs lifelong to prevent their bodies from rejecting the transplanted liver.

“As medical professionals, we must keep striving to do better – to make liver transplantation even safer and develop alternative treatments that are less invasive,” says Dr. McKiernan.

One of the metabolic liver diseases in which Dr. McKiernan has taken a special interest is tyrosinemia, an inherited disorder caused by an enzyme deficiency that prevents the body from breaking down tyrosine, a building block of proteins. Without treatment, tyrosinemia can cause liver and kidney failure, stunt intellectual development, and increase risk for liver cancer. Tyrosinemia can be treated with liver transplantation, but since the 1990s treatment with the drug nitisinone has enabled many children with tyrosinemia to avoid transplantation.

Research by Dr. McKiernan and his colleagues has shown that children with tyrosinemia do better when the disease is identified and drug treatment initiated before they develop symptoms. In a study published in 2014, Dr. McKiernan and his team found that children whose tyrosinemia was identified at birth through newborn screening and started on nitisinone developed normally and showed no signs of liver or kidney disease.

Dr. McKiernan is also actively involved in research on stem cell therapy for metabolic liver diseases. He was an investigator in a recent study – the first to be performed in people – in which 18 children with urea cycle disorders or Crigler-Najjar syndrome received an injection of stem cells derived from human adult liver cells. Although the treatment appeared to be safe, the stem cells failed to develop into healthy liver cells as the investigators had hoped they would. Discussions are now underway about conducting a second study, this time giving multiple injections of stem cells while also treating the patients with higher doses of drugs to prevent the body from rejecting the cells.

Dr. McKiernan says he is looking forward to working with his colleagues at the Center for Rare Disease Therapy to advance research on stem cell therapy and other novel approaches to achieve better outcomes for all children with metabolic liver diseases.