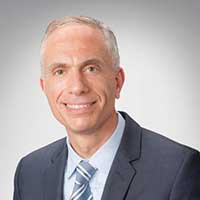 Dr. Rabih Chaer is a Professor of Surgery and the Residency and Fellowship Program Director for the UPMC Division of Vascular Surgery. Dr. Chaer joined the University of Pittsburgh and UPMC in 2006 after serving as a clinical instructor in surgery at the University of Illinois College of Medicine in Chicago, Ill. An internationally invited lecturer, Dr. Chaer specializes in surgery and vascular disease, more specifically, aneurysms, carotid dissection, atherectomies, and deep vein thromboses. As a reflection of Dr. Chaer’s ability to translate his clinical and surgical expertise into the classroom, he earned The Henry T. Bahnson, MD – Teacher of the Year Award in 2010.

Dr. Chaer received his medical degree from the American University of Beirut in Beirut, Lebanon. He completed his general surgery residency at the University of Illinois College of Medicine in Chicago, where he later became the Administrative Chief Resident. Dr. Chaer completed his vascular surgery fellowship at the New York Presbyterian Hospital of Cornell University Medical College.