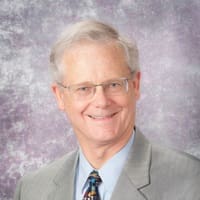 Five years after establishing a private practice in pediatric gastroenterology in Ft. Worth, Texas, he was recruited to develop a clinical program at Children's Medical Center in Dallas and to teach at the University of Texas Southwestern Medical School. He was a professor of pediatrics and the director of hepatology and medical director of the Liver Transplant Program at Children's Medical Center when he left to join Children's Hospital of Pittsburgh. In addition to his work at the hospital, he is a professor of pediatrics at the University of Pittsburgh School of Medicine.

Dr. Squires served as chair of the Gastroenterology Section of the American Academy of Pediatrics and was an executive council member of the North American Society for Pediatric Gastroenterology Hepatology and Nutrition. His research interests include fatty liver disease of childhood, clinical aspects of hepatocyte transplantation, hepatitis B and C, medical aspects of liver transplantation, and neonatal cholestasis. Dr. Squires is a national primary investigator for the National Institutes of Health-funded Pediatric Acute Liver Failure Study and is developing treatment plans for children with the disease. He is also a member of the NIH-funded Biliary Atresia Research Consortium, a national study of the serious disorder that prevents bile from leaving the liver of afflicted infants.