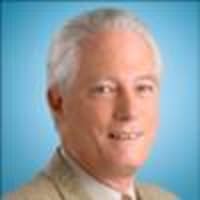 Dr. Robert Hendricks is currently the Joseph F. Novak Professor and Vice-Chair for Research in the Department of Ophthalmology at the University of Pittsburgh School of Medicine. He also has appointments as a Professor within the Departments of Molecular Genetics and Biochemistry as well as Immunology. In addition, Dr. Hendricks is a faculty member at the University of Pittsburgh Cancer Institute, the Immunology Graduate Training Program, and the Molecular Virology and Microbiology Training Program.

Dr. Hendricks’ research is focused on the role of cytotoxic lymphocytes in HSV-1, gene expression in HSV-1 latency after corneal infection, and the Interdisciplinary Visual Sciences (IVS) Training Program. He is the Editor-in-Chief for Herpesviridae, and an Editorial Board Member for The Open Ophthalmology Journal.

Dr. Hendricks is a member in these professional and scientific societies: the American Association of Immunologists, the Association for Research in Vision and Ophthalmology, and the American Society for Microbiology. Dr. Hendricks has authored work in a variety of publications and has been the recipient of several awards for his research efforts. Since 1996, he has served as a Member of the Steering Committee for the Cora Verhagan Prize. He is a Member, Scientific Advisory Board, Molecular Pathogenesis of Infectious and Inflammatory Eye Research, and a Member, DOD Scientific Advisory Committee, Schepens Eye Research Institute, Boston, Massachusetts. In 2010, Dr. Hendricks was named a Fellow of The Association for Research in Vision and Ophthalmology.