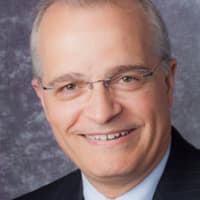 Dr. Docimo joined Children's Hospital in 2000 after spending seven years at the Johns Hopkins Hospital, where he was professor of urology and director of pediatric endourology. He earlier had served in the U.S. Navy as lieutenant commander and had worked for three years as an attending urologist at the Naval Medical Center in Portsmouth, Va.

Dr. Docimo received his medical degree from the Johns Hopkins University School of Medicine in 1984 and completed his residency in urology with the Harvard Program, Brigham and Women's Hospital in Boston. His education also included a fellowship in pediatric urology at Johns Hopkins and a research fellowship at Children's Hospital Boston sponsored by the National Kidney Foundation and the American Foundation for Urologic Diseases.

Throughout his career, Dr. Docimo has been an active member of the leading professional and scientific societies in his field and has held leadership positions in several, including the Executive Committee of the American Academy of Pediatrics Section on Urology.

His clinical and research interests include minimally invasive surgery in children, vesicoureteral reflux, dysfunctional voiding and techniques of continent urinary tract reconstruction, especially in children with neurogenic bladder and bladder exstrophy. He is also involved in engineering research to improve modern endoscopes.

Dr. Docimo's work has been widely published in leading journals. He has written more than 100 articles and book chapters and is an editor of four textbooks, including the fifth edition of the standard text in the field, Clinical Pediatric Urology, published in 2007.