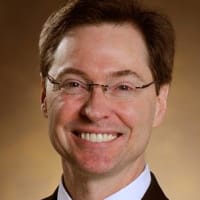 Terence S. Dermody, M.D., is the Vira I. Heinz Professor and Chair of the Department of Pediatrics at the University of Pittsburgh School of Medicine as well as Professor of Microbiology and Molecular Genetics. He also is physician-in-chief and scientific director of Children's Hospital of Pittsburgh of UPMC. Dr. Dermody is a virologist with interests in viral pathogenesis and vaccine development. He has focused mainly on reovirus, an important experimental model for studies of viral encephalitis in infants, and on chikungunya virus, an arthropod-borne virus that causes epidemics of febrile arthritis.

The work in Dr. Dermody's lab has encompassed several inter-related themes including the structural basis of viral attachment and cell entry; mechanisms of genome replication and packaging; patterns of cell signaling and gene expression occurring in response to viral infection; mechanisms of virus-induced apoptosis and its significance in the viral life cycle; and the role of viral receptor distribution and utilization in disease pathology. The lab also is developing viral vectors for oncolytic and vaccine applications.

Dr. Dermody received his bachelor's degree from Cornell University in 1978 and his medical degree from Columbia University in 1982. He completed an internal medicine residency at Presbyterian Hospital in New York in 1985 and fellowships in infectious diseases and molecular virology at Brigham and Women's Hospital and Harvard Medical School in 1988.

He has authored or co-authored more than 200 articles, reviews, and chapters about his research, which is supported in large part by grants from the National Institutes of Health (NIH). He is member of several editorial boards. He has been recognized for his research accomplishments with the Ernest W. Goodpasture Faculty Research Award, the Grant W. Liddle Award for Leadership in the Promotion of Scientific Research, and an NIH MERIT Award. He is a past president of the American Society for Virology, past chair of the AAMC GREAT Group M.D./Ph.D. Section Steering Committee, and current chair of the Virology Division of the International Union of Microbiological Societies.