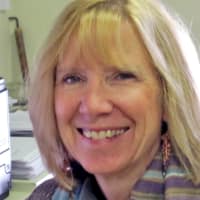 I have studied how people adjust to chronic illness for over 25 years. The key feature of chronic illness is that it lasts, it is susceptible to recurrences, relapses, disease progression, and disease complications. I have studied how personality characteristics, specifically gender-related traits (see next section) and perceptions of control, influence psychological adjustment and physical health as well as the role of social environmental variables (i.e., relationships with friends, family, and peers). I have conducted support interventions that aim to enhance support from peers facing similar illness.  I have examined how people construe benefits from the trauma of being diagnosed with a chronic illness and the implications of benefit-finding for psychological and physical well-being.  I also have conducted support interventions that aim to enhance adjustment to chronic illness and study the role that significant others play in managing chronic disease.  In my early work, I focused on adults with heart disease, breast cancer, and prostate cancer. I am currently studying both adults and children with type 1 and type 2 diabetes.

From a behavioral medicine perspective, diabetes is a fascinating illness to study. Behavior plays such a prominent role in managing the disease, but the behavioral regimen that one must execute is complex. I have been conducting a longitudinal study of children with diabetes for 15 years. Youth were enrolled in the study when they were average age 12 and are now average age 27. We examined the transition to adolescence in the Teen Health Study and identified psychosocial factors related to psychological well-being, self-care, and glycemic control. We have been particularly interested in the role of peers in facilitating or impeding disease adjustment. Next, we examined the transition to emerging adulthood in the Transition Times Study, which focused on vocational transitions (college, work), relationship transitions (change in location, new friends, romantic relationships), and health care transitions (transition out of the pediatric health care system into the adult health care system). We recently completed the REACH study (Research on Emerging Adults Changing Health), in which we examined the period of young adulthood in terms of physical health concerns, psychological well-being, and psychosocial issues. Future research plans include the study of adult couples in which one person has been newly diagnosed with diabetes to examine ways in which the spouse influences diabetes outcomes.

I teach a course titled Psychology of Gender, part of which focuses on my research interest in the area of "gender and health." I am not interested in sex differences, per se, but in how we socialize women and men in ways that have implications for their health. Specifically, I have studied the personality traits of agency and communion, as well as their unmitigated counterparts. Unmitigated agency represents a focus on the self to the exclusion of others and is characterized by hostility, arrogance, and self-absorption. Unmitigated communion represents a focus on others to the exclusion of the self and is characterized by over involvement in others' problems and self-neglect. The majority of my research in this area focuses on unmitigated communion and its connection to relationship difficulties, poor health behavior, psychological distress, and overall health. I have examined the implications of these gender-related traits for relationships and health in the context of children and adults and in the context of healthy populations as well as those with chronic disease.