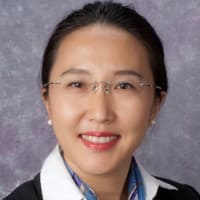 Dr. Yoshimi Sogawa is an Assistant Professor in the Division of Child Neurology in the Department of Pediatrics.

Dr. Sogawa received her MD degree from Niigata University School of Medicine, Japan in 1995. She had several years of pediatric residency training in Japan before she chose to pursue a research fellowship in neurology at the Children’s Hospital in Boston. She then completed her residency training in Pediatrics and Neurology at Schneider Children’s Hospital in Long Island, NY in 2005 and fellowship training in Clinical Neurophysiology (EEG) at Montefiore Medical Center/Albert Einstein College of Medicine in 2006. During her residency, Dr.Sogawa received the Outstanding Junior Member award from Child Neurology Society. Following her clinical training, Dr. Sogawa successfully completed board certification in Pediatrics (2007), Neurology with special qualifications in Child Neurology (2007), Clinical Neurophysiology (2009), and Epilepsy (2013).

She has received a master degree from the Clinical Research Training Program at Albert Einstein College of Medicine in 2009. She was awarded an NIH sponsored Neurological Sciences Academic Development Award (K12, NS048856). Under the scientific mentorship of Drs. Solomon L. Moshé and Shlomo Shinnar, she received training in conducting longitudinal studies on childhood epilepsy. During this period, she received an Early Career Physician-Scientist Award from the American Epilepsy Society.

As a specialist in childhood epilepsy, Dr. Sogawa provides clinical care for inpatients and outpatients in the Division of Child Neurology and the Comprehensive Epilepsy Center.

Since she joined to the CHP in 2012, Dr. Sogawa has assumed clinical responsibility for the majority of patients with infantile spasms, a rare and intractable epilepsy in infancy. She is conducting a longitudinal study of their developmental outcomes. The scope of this project has been expanded to include other types of early onset epileptic encephalopathies. Dr. Sogawa designed the early onset epileptic encephalopathies clinic to be patient and family centered, flexible and comprehensive. Common neurological tests such as EEG are typically scheduled on the day of clinic visit to minimize trips to the hospital for patients and families. Whenever her patients are hospitalized or seen in the ED, Dr. Sogawa takes primary responsibility of assuming the role of the consulting epileptologist to facilitate inpatient and post hospitalization care.

Dr. Sogawa has been committed to research and scholarly activity in the field of pediatric epilepsy and child neurology and has published more than twenty peer-reviewed studies, invited reviews, and book chapters. On an international level, Dr. Sogawa has served on the Task Force on Epilepsy Syndromes under the commission on Classification and Terminology of the International League against Epilepsy (ILAE), the leading international organization for epilepsy care. Dr. Sogawa is a collaborator for a several NIH funded clinical studies on childhood epilepsy. Dr. Sogawa is currently collaborating with Dr. Robert Hickey in the Department of Pediatrics, Division of Emergency Medicine for the new NIH funded clinical trial, Established Status Epilepticus Treatment Trial (ESETT). Dr. Sogawa is a site-PI for the clinical trial of cannabidiol (Epidiolex) in children with intractable epilepsy (PI: Eric Marsh at the Children’s Hospital of Philadelphia), which was funded by Pennsylvania Department of Health.