Through investments aimed at breakthrough treatments and cures for a wide variety of diseases, UPMC Enterprises announced today that it will deploy $1 billion to develop new drugs, diagnostics and devices by 2024.

UPMC Enterprises will seek investments and partners globally that complement the scientific and commercial work already underway in Pittsburgh. The commitment includes $200 million that has funded an immunotherapy-focused partnership with the University of Pittsburgh. 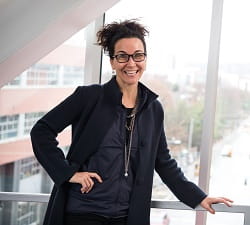 “The common link among our investments will be that each has a direct and powerful impact on how we care for patients, while generating a significant financial return,” said UPMC Enterprises Executive Vice President Jeanne Cunicelli, who previously served as managing director at Bay City Capital in San Francisco. “As important as the funding is the unparalleled scientific and medical expertise backing our ideas, thanks to resources provided by UPMC and our academic partner, the University of Pittsburgh.”

UPMC is one of the leading integrated delivery and financing systems in the country, and Pitt, one of the nation’s leading research universities, ranks among the top 10 in research funding from the National Institutes of Health.

Over the past two years, UPMC Enterprises has formed five companies in the translational sciences sector and invested in external biotech company Werewolf Therapeutics, as well as more than 30 research projects internally. With an initial focus on the use of immunotherapies for cancer, transplantation and diseases related to aging, the investment group has expanded its focus to include retinal and respiratory disease, autoimmune diseases, neuroinflammation and others.

Companies and internal programs funded by UPMC Enterprises — the innovation, venture capital and commercialization arm of UPMC — have access to what Cunicelli calls “industry grade” infrastructure. For startup Generian — co-founded by Pitt’s Toren Finkel, MD, and tackling diseases related to aging — that has meant access to top-flight business and legal talent, a high-throughput facility for screening potential drug targets and access to chemists worldwide.

In addition to Generian, the translational sciences startups funded by UPMC Enterprises include BlueSphere Bio, co-founded by physician-scientists Mark and Warren Shlomchik and focused on rapid, personalized T-cell therapies for cancer; TTMS Inc., whose mission is to discover the next generation of effective immunotherapy targets; and Abound Bio, which is developing antibody libraries to generate biologic therapeutics.

“In a very short time, UPMC Enterprises has backed a promising pipeline of companies and research that could radically change the way we treat some of the world’s most devastating diseases,” said Steven Shapiro, MD, chief medical and scientific officer at UPMC. “Our scientists at Pitt — along with others globally who will enrich their efforts — are seeing the results of their research moved out of the lab and into the commercial realm at a speed and cost that previously wasn’t possible in the academic environment. That’s good news for our patients and millions of others worldwide who will one day benefit from these treatments.”

Widely known as an innovator in health care — and one of the largest integrated delivery and financing systems in the country — UPMC has invested more than $800 million in its entrepreneurial efforts to date, primarily in digital health solutions, which have returned more than $1.5 billion.