Is FOLFIRINOX Better Than Gemcitabine/Nab-Paclitaxel? 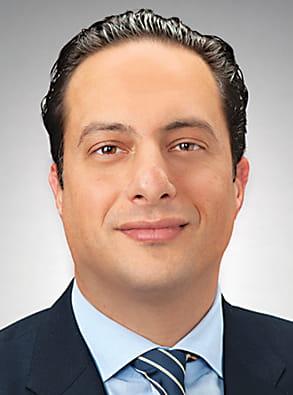 Although adjuvant chemotherapy remains the standard of care for pancreatic ductal adenocarcinoma (PDA), many patients are unable to receive it due to a decline in performance status postoperatively. Compared to adjuvant therapy, neoadjuvant therapy (NAT) has the theoretical advantages of treating early micrometastatic disease, assessing chemo-responsiveness, downstaging nodal disease, and increasing margin-negative resections.1

Recently, significant improvements in systemic therapy for metastatic disease using multidrug regimens such as FOLFIRINOX and gemcitabine with nab-paclitaxel (G-nP) have led to increased use of these regimens in NAT for localized PDA.2,3 Despite their increasing use, limited data exists on the effectiveness of neoadjuvant FOLFIRINOX and G-nP in the treatment of patients with resectable and borderline resectable pancreatic head adenocarcinoma.

At UPMC, our surgical and medical oncology groups have been using neoadjuvant therapy since 2002. Since 2011, FOLFIRINOX and G-nP have become the two most popular regimens in the neoadjuvant setting. This study is the first of its kind and aimed to compare the efficacy of neoadjuvant FOLFIRINOX and G-nP in patients with resectable and borderline resectable pancreatic head adeno-carcinoma treated at UPMC.4 Due to inherent selection bias in this retrospective study we performed an intention-to-treat analysis and used inverse probability-weighted (IPW) estimators for propensity matching. In the absence of randomized data, IPW has the potential to account for confounders, making it equally likely for the subjects to be assigned to each treatment arm.

This study is the first to compare FOLFIRINOX and G-nP as neoadjuvant treatment for pancreatic head adenocarcinoma. As expected, inherent selection bias existed between the two groups. The patients who received FOLFIRINOX were younger, had fewer comorbidities, and were more likely to have borderline resectable disease and larger tumors on CT scan. Although FOLFIRINOX and G-nP have not been compared head-to-head in the metastatic setting, the selection bias favoring FOLFIRINOX for younger and healthier patients with more aggressive lesions in the current study was likely guided by the relatively higher response rates and toxicities associated with FOLFIRINOX versus gemcita-bine monotherapy (compared with G-nP vs. gemcitabine monotherapy) in the metastatic setting reported by the ACCORD and MPACT trials, respectively.

Despite its use with more advanced preoperative disease, FOLFIRINOX was associated with greater lymph node sterilization, as reflected by the lower rate of lymph node positivity (56% vs. 72%; p = 0.028). However, after adjustment for baseline differences between the two groups in a propensity-type analysis using IPW estimators, the average treatment effect of FOLFIRINOX was to increase the survival by 4.9 months above the average treatment effect of G-nP.

Since this study is retrospective, the current findings warrant prospective validation. An ongoing trial (S1505) conducted by Southwest Oncology Group (a randomized phase II study of perioperative mFOLFIRINOX vs. gemcitabine/nab-paclitaxel as therapy for resectable pancreatic adenocarcinoma, Clinicaltrials.gov NCT02562716) is evaluating the role of perioperative FOLFIRINOX versus G-nP in patients with resectable pancreatic adenocarcinoma with a primary endpoint of overall survival.5 This study will shed further light on the effectiveness of neoadjuvant therapy with modern chemotherapy regimens in PDA. While the results of prospective studies are awaited, our study is an early attempt at providing evidence on the effectiveness of FOLFIRINOX and G-nP in the neoadjuvant treatment of localized pancreatic head cancer.

The current study had several limitations. First, treatment assignment had an inherent selection bias, as evident from the baseline differences between the two groups. Patients were administered one neoadjuvant regimen over the other based on data largely extrapolated from metastatic trials with regard to response rates, toxicity, and performance status. Second, the sample size was limited, and data on dose reductions and toxicities were not available. Third, this analysis did not account for patients who started NAT with FOLFIRINOX or G-nP but were not resected due to disease progression or a decline in performance status because many of these patients were treated at outside facilities and were lost to follow-up evaluation if they did not undergo resection. Although this limited identification of a true denominator in this study, we expected rates of disease progression or decline in performance status on NAT to be low (based on prior studies of NAT in pancreatic cancer).

Finally, although propensity matching using IPW estimators may be the best statistical strategy to adjust for covariates in a retrospective cohort, such methodology is not a substitute for a prospective randomized control trial.