Obesity and Diabetes: The Intertwined Role of Inflammation, Insulin Resistance, and the Fox01 Transcription Factor 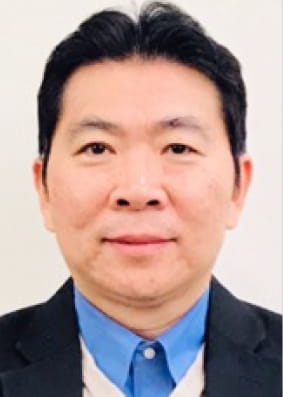 H. Henry Dong, PhD, professor of pediatrics in the Department of Pediatrics at the University of Pittsburgh School of Medicine and the Division of Pediatric Endocrinology, Diabetes, and Metabolism at UPMC Children’s Hospital of Pittsburgh, studies the molecular basis that links insulin resistance to diabetic dyslipidemia and nonalcoholic fatty liver disease in subjects with morbid obesity and type 2 diabetes.

Insulin resistance is the significantly diminished state of responsiveness of the body to normal plasma insulin concentrations. To overcome insulin resistance in peripheral tissues, pancreatic beta cells are recruited to produce more insulin via a compensatory mechanism. Over time, this compensatory pathway can lead to beta-cell failure and overt type 2 diabetes in human subjects who exhibit morbid obesity.

However, while these mechanisms that link the two states together have yet to be fully explained, Dr. Dong’s team in prior research has identified a key downstream regulator of insulin signaling — the forkhead box 01 (Fox01) transcription factor.

Past Research on Fox01 Links It to Insulin Resistance, Inflammation, Macrophage Function, and VLDL Production

In 2008, Dr. Dong and colleagues published a paper in the Journal of Clinical Investigation related to the role of Fox01 in hepatic insulin signaling. Their animal model research linked an increase in Fox01 activity with increases in microsomal triglyceride transfer protein (MTP) expression, increased very-low-density lipoprotein (VLDL) production, and consequently higher levels of plasma triglycerides.

“We found that Fox01 plays a key role in lipid metabolism in the liver and that Fox01 is responsible for mediated insulin function on its MTP target,” says Dr. Dong.

In 2009, in the journal Diabetes, Dr. Dong and colleagues published findings that showed the Fox01 protein is responsible for regulating the expression of IL-1β and that it plays an important role in the linking of insulin resistance and inflammation in type 2 diabetes and obesity.

“The immune or inflammatory response appears to be primarily carried out or propagated by Fox01 dysregulated macrophages that produce enhanced levels of IL-1β,” says Dr. Dong.

It is on the basis of these and other prior findings that Dr. Dong pursued and obtained a new grant to continue his Fox01 studies.

New Grant Will Further Probe the Role of Fox01

In 2019, Dr. Dong was awarded a new National Institutes of Health (NIH) R01 grant to continue his studies elucidating the molecular mech-anisms by which the Fox01 transcription factor mediates insulin resistance and inflammation and the regulation of abnormal macrophage activity. This research will build upon the considerable knowledge base he has worked to uncover previously on the Fox01 transcription factor and its functions. If successful in proving their hypothesis, Dr. Dong’s research could lead to an understanding of Fox01 as a target for drug therapies to mitigate insulin resistance and low-grade inflammation.