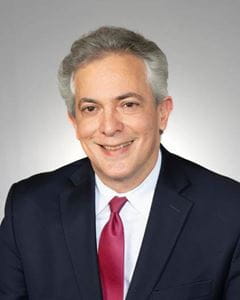 The American Thoracic Society (ATS) has elected Juan C. Celedón, MD, DrPH, chief, Division of Pulmonary Medicine, Allergy and Immunology at Children’s Hospital of Pittsburgh of UPMC, as its Secretary–Treasurer for the 2017–18 term.
Dr. Celedón will then assume the role of ATS President for the 2020 21 term and notably will be the first ATS president from the University of Pittsburgh, as well as the first Latino American to serve as ATS president, in the 115-year history of the society.

“I am deeply humbled and honored to have been elected as the Secretary-Treasurer of the American Thoracic Society, arguably the leading professional society in academic pulmonary, critical care and sleep medicine worldwide,” said Dr. Celedón, Niels K. Jerne Professor of Pediatrics, University of Pittsburgh School of Medicine. “I hope to further the mission of the ATS in achieving respiratory health equality and workforce diversity, while continuing to pursue excellence in research, education and training, as well as clinical care of patients with pulmonary diseases, critical illnesses and sleep disorders.”

“On behalf of the ATS community, we wholeheartedly welcome Dr. Celedón to the elected leadership of the Society,” said David Gozal, MD, MBA, president of the ATS. “His previous achievements and recognition have clearly earned him this honor. We look forward to his future contributions to the ATS and to the field of pulmonary, critical care and sleep medicine both nationally and around the world.”

Dr. Celedón has been a member of the ATS since 1993. He received from the ATS the “Recognition Award for Scientific Accomplishments” in 2014, and was the first-ever recipient of the “Lifetime Award for Innovations in Health Equality” in 2015.

His research has focused on asthma and COPD, and on health disparities in airway diseases. His research, which has been funded by the National Institutes of Health, has been recognized with his election to the American Society for Clinical Investigation and the Association of American Physicians.

Dr. Celedón, who also serves as professor of Medicine, Epidemiology and Human Genetics at the University of Pittsburgh, will be installed as Secretary–Treasurer in May at the ATS 2017 International Conference in Washington, DC.