Three physician scientists from UPMC and the University of Pittsburgh School of Medicine have been elected to the prestigious National Academy of Medicine (NAM).

Election to the Academy is considered one of the highest honors in the fields of health and medicine and recognizes individuals who have demonstrated outstanding professional achievement and commitment to service. Established originally as the Institute of Medicine in 1970 by the National Academy of Sciences, NAM addresses critical issues in health, science, medicine and related policy and inspires positive actions across sectors. NAM works alongside the National Academy of Sciences and National Academy of Engineering to provide independent, objective analysis and advice to the nation, and conducts other activities to solve complex problems and inform public policy decisions.


The newly elected members from Pitt and UPMC are:

Amy Houtrow, MD, PhD, MPH
Houtrow is the chief of the Division of Pediatric Rehabilitation Medicine at UPMC Children’s Hospital of Pittsburgh and associate professor of physical medicine and rehabilitation and pediatrics at Pitt’s School of Medicine. 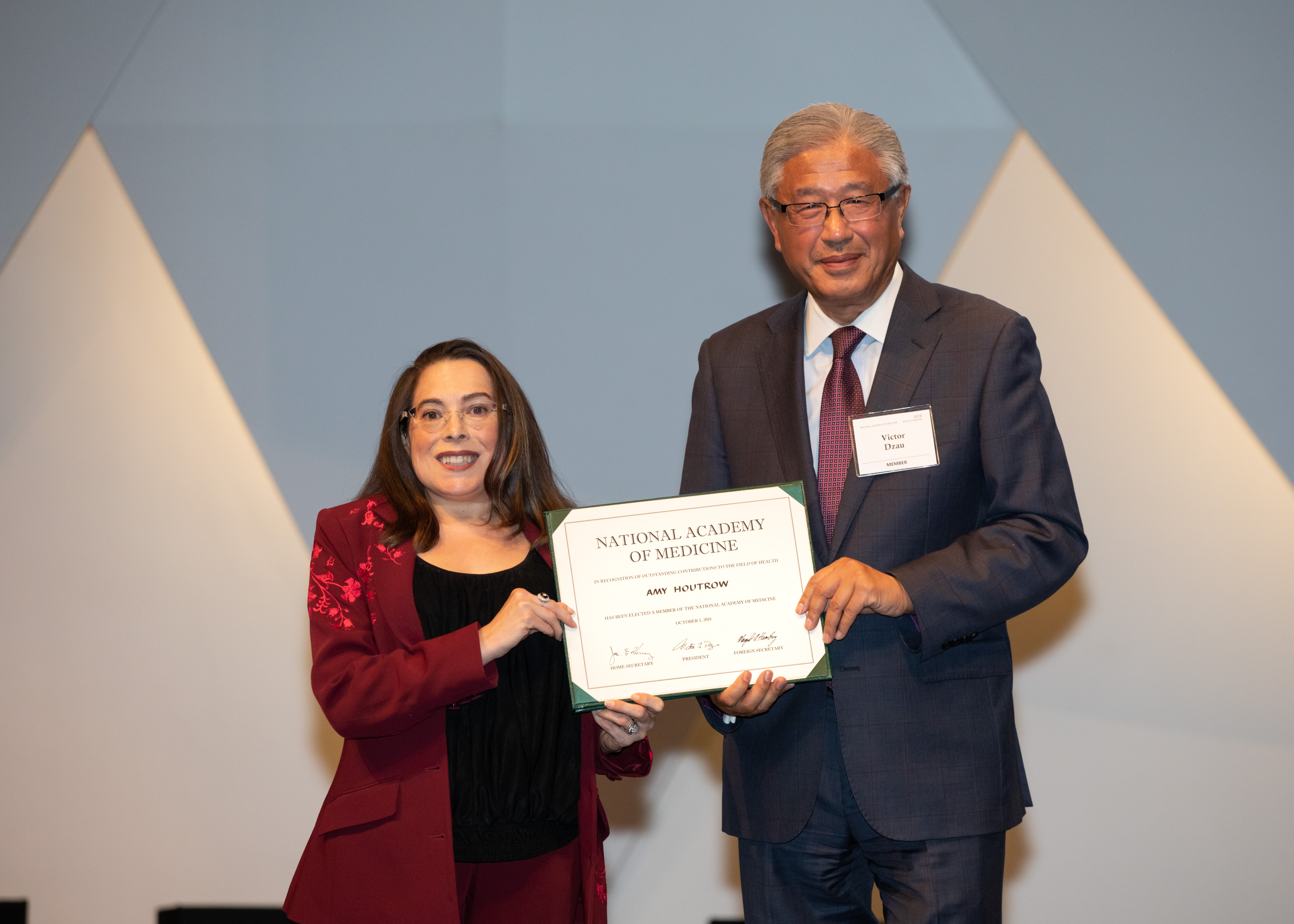 Houtrow was chosen for her research evaluating disability trends in childhood and the interactions among families, the health system and social factors. Her work has uncovered disparities with enormous policy implications for the pediatric population.

Callaway was elected for his achievements in basic and clinical research to reduce brain injury after resuscitation from cardiac arrest.

Robert M. Friedlander, MD, MA
Friedlander is the chair of the UPMC Department of Neurological Surgery and the Walter E. Dandy Professor of Neurosurgery and Neurobiology at Pitt’s School of Medicine.

Friedlander was elected for his basic and clinical research that demonstrated the role of certain enzymes in cell-death pathways in neurologic diseases, and for groundbreaking discoveries that have led to the development of novel therapies to improve outcomes for patients suffering from stroke, brain and spinal cord injury, Huntington’s disease and ALS.

The physicians are among 85 new members recognized for outstanding contributions to the health sciences and public health.