Combination therapies for the treatment of primary and recurrent ovarian cancer along with intraperitoneal administration have garnered some successes in recent years. Basic and translational investigations continue to materialize in the ovarian cancer program at UPMC Hillman Cancer Center. Some of the newest studies have begun to look at various combinations including the use of the toll-like receptor 3 (TLR3) agonist rintatolimod (Ampligen®).  Rintatolimod’s initial development and use were designed for treating chronic fatigue syndrome and rheumatologic conditions. Since that time, rintatolimod has been taken up by researchers and deployed in clinical trials investigating its immuno-modulatory effects for treating a number of diseases, such as HIV/AIDS, colorectal cancer, breast cancer, melanoma, and, more recently, recurrent ovarian cancer.

“Rintatolimod stimulates pathways of the innate immune system that may allow for an increased tumor response when used in combination with other chemotherapy agents such as cisplatin and immunotherapy agents like the checkpoint blockade inhibitors nivolumab or pembro-lizumab,” says Brian Orr, MD, assistant professor of medicine in the Division of Gynecologic Oncology at UPMC Magee-Womens Hospital.

“As a field, we have had remarkable success in recent years treating some forms of cancer with the new immunotherapy agents that have been developed, such as the checkpoint blockade inhibitors. However, the unfortunate fact is that only a small subset of cancers and patients will see complete and durable responses. Less immuno-genic tumors — cold tumors, if you will — like those seen in ovarian cancer, breast cancer, or colorectal cancer, are still troubling. Finding ways to help improve the immune response with such agents as rintatolimod is one approach we are investigating,” says Dr. Orr.

In what is likely the first clinical trial1 ever to investigate the use of rintatolimod for recurrent ovarian cancer in combination with several other agents administered intraperitoneally, Drs. Edwards, Orr, and Vlad, in conjunction with collaborators at Hemispherx Biopharma (the manufacturer of Ampligen) and Roswell Park Comprehensive Cancer Center, began the first combination therapy trial including rintatolimod in 2015. The trial was designed primarily to assess safety and efficacy, with patients receiving various combinations of treatment agents in the various arms of the study.

“The first cohort of patients received only intraperitoneal (IP) cisplatin. The second cohort received IP cisplatin and rintatolimod. The third group received IP cisplatin, rintatolimod, and also interferon alpha. Each group was assessed for signs of toxicity and potential responses in order to develop a reasonable likelihood of safety and efficacy prior to pursuing a phase 2 study,” says Dr. Orr.

Patients in the various cohorts also received the COX-2 inhibitor celecoxib as part of the immunotherapy cocktail. This was done because, in preclinical studies in the laboratories of Drs. Edwards and Vlad, and a colleague at Roswell Park, Dr. Pawel Kalinski, the use of celecoxib showed an increase or enhancement in tumor response.

Early in 2019, the study researchers announced that the trial had met its primary endpoints and that a new phase 2 investigation would be launched in 2019.

“Building upon the preclinical data that Dr. Vlad’s laboratory was able to uncover, we were able to determine that rintatolimod is safe and was well-tolerated by the study participants, so we immediately began plans for our next trial,” says Dr. Orr.

Drs. Orr, Vlad, Edwards, and colleagues are currently finalizing their manuscript of findings for the first trial, with publication likely to occur in the near future.

In early 2019, the phase 2 study2 of rintatolimod began recruiting patients at UPMC Magee and UPMC Hillman Cancer Center. As of September, 2019, six patients have been enrolled in the trial, with the ultimate goal of obtaining 45 participants in the study.

For the new study, participants with recurrent ovarian cancer that is platinum-sensitive will receive a combination therapy consisting of intensive locoregional intraperitoneal cisplatin with IP rintatolimod and an IV infusion of pembrolizumab. Six treatment cycles will be given at three-week intervals. After treatments, patients will have cytoreduction surgery approximately four weeks after the fourth treatment interval.

“From an outcomes standpoint, we will be looking at the objective response rate at 13 weeks posttreatment. Additionally, we will monitor progression-free survival, and any changes in the patient’s number of CD8+ and CD3+ cells in tumor samples and peritoneal fluid,” says Dr. Orr.

Beyond these study endpoints, Dr. Vlad’s translational laboratory will obtain and analzye, throughout the treatment process, intraperitoneal tissue, blood, and fluid samples to evaluate the impact of the combination regimens have on the tumor immunologic micro-environment and to search for biomarkers that may help predict or differentiate likely responders from nonresponders.

“By obtaining samples from the vicinity of the tumor in the intraperitoneal cavity at various points in time, we should be able to assemble a dynamic view of the local tumor microenvironment in the context of responses to treatment or regression over time. This kind of data will add a new dimension of power to our analysis by giving a dynamic picture of what is happening over time in our participants,” says Dr. Vlad.

“Pittsburgh has been an immunotherapy hub for a long time. The breakthroughs we have made over the years, coupled with the resources available at our institutions, will continue to allow us to answer some of these very difficult questions in cancer treatment and research, such as how to make nonresponders responders, and how to turn cold tumors into hot ones. This is our devotion, and with the generous help and perseverance of our patients, I think we will ultimately be successful,” says Dr. Orr. 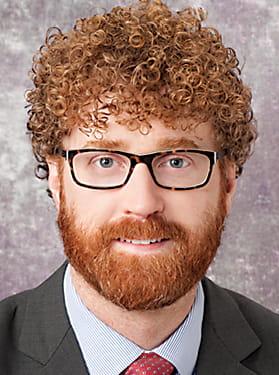 Dr. Orr is an assistant professor at UPMC Magee in the Division of Gynecologic Oncology. In addition to clinical activities of surgery and chemotherapy for gynecologic cancer patients, Dr. Orr is active in clinical and translational research. He is active as principal investigator or co-PI on several investigator-initiated clinical trials. Dr. Orr also is the site principal investigator for the UPMC Hillman Cancer Center on several multi-institutional clinical phase 1, 2, and 3 trials with the collaborative NRG/Gynecologic Oncology Group. Dr. Orr additionally is involved in resident and fellow education with mentorship in clinical, research, and career development. Dr. Orr’s research interests are in clinical and translational clinical trial development for ovarian, endometrial, cervical, and vulvar cancers. His specific chemotherapy research interests are in the immunotherapy and targeted therapies. 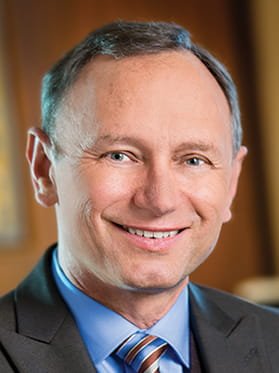 Dr. Edwards is a professor of medicine and chair of the Department of Obstetrics, Gynecology, and Reproductive Sciences at the University of Pittsburgh School of Medicine. Dr. Edwards also is the executive vice chair of gynecologic services at UPMC Magee and the principal investigator of the ovarian cancer SPORE grant at UPMC Magee and UPMC Hillman. Dr. Edward’s research interests include cervical and ovarian malignancies, with a special emphasis on the use of intraperitoneal chemotherapy and novel immunotherapies to treat various gynecologic cancers. 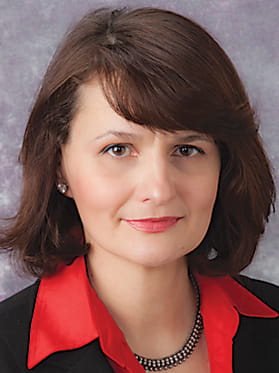 Dr. Vlad is an associate professor in the Department of Obstetrics, Gynecology, and Reproductive Sciences and the Department of Immunology at the University of Pittsburgh School of Medicine. She also is the Magee-Womens Research Institute Flow Cytometry Core Director. Dr. Vlad’s research laboratory explores mechanisms of disease pathogenesis and immune surveillance in ovarian cancer and precursor lesions, and tests novel preventive and therapeutic approaches using a combination of highly versatile preclinical models and clinical specimens. Through collaborations with clinicians at UPMC Magee, the lab is working on identifying mechanisms of early ovarian carcinogenesis from cancer precursor lesions. Ongoing projects focus on the development of new combination therapies for metastatic ovarian cancer.