A 76-year-old male presented to UPMC for evaluation of aortoiliac aneurysm disease. His past medical history is also significant for mild emphysema, hyperlipidemia, lung and prostate cancer, and he has no family history of aneurysmal disease or connective tissue disorder. He is without symptoms of cardiac ischemia or peripheral claudication. His preoperative CT scan demonstrated the presence of a small infrarenal abdominal aortic aneurysm measuring 4.8cm, and bilateral large common iliac artery aneurysms, measuring 4cm and 3.8cm on the right and left, respectively. The internal iliac arteries were patent bilaterally (Figure 1 and 2). He underwent endovascular repair of his abdominal aortic aneurysm with placement of bilateral iliac branch endoprostheses (Gore Medical, Flagstaff AZ) for his bilateral common iliac artery aneurysms via percutaneous bilateral common femoral artery access (Figures 3-6). The patient tolerated the procedure well and was discharged on post-operative day two.

When the GORE IBE received FDA approval for treatment of common iliac artery aneurysms, it was not used bilaterally in any of the 63 patients in the pivotal study. In spite of this, there are several reports that demonstrate procedural success and favorable outcomes when used to treat bilateral common iliac aneurysm. Despite the fact that sacrifice of internal iliac arteries has been shown to be associated with a high incidence of disabling morbidity, many physicians are hesitant to utilize bilateral IBE due to the increased procedural complexity. The incidence of gluteal claudication and erectile dysfunction has been shown to approach and occasionally exceed 50 percent with internal iliac artery occlusion. The shorter recovery time, coupled with the less invasive nature of endovascular repair, make the potential morbidity of pelvic ischemia unacceptable for many patients and physicians. Furthermore, while colonic and spinal cord ischemia is infrequently reported, the effects are potentially catastrophic, and their incidence increases for bilateral internal artery sacrifice. Bilateral IBE utilization decreases the morbidity of pelvic ischemia, while maintaining the minimally invasive benefits of endovascular abdominal and iliac aneurysm repair. Furthermore, one study demonstrates only minimally increased fluoroscopy time and intravenous contrast utilization.

Iliac Branch Devices have increased the utility of EVAR in hostile iliac anatomy as well as transformed the treatment paradigm of iliac artery aneurysmal disease. Given the potential for significant morbidity associated with internal iliac artery occlusion, such as gluteal claudication, erectile dysfunction, colonic ischemia, and spinal cord ischemia, a strong consideration should be given to preservation of the internal iliac arteries using iliac branch devices when anatomically feasible. 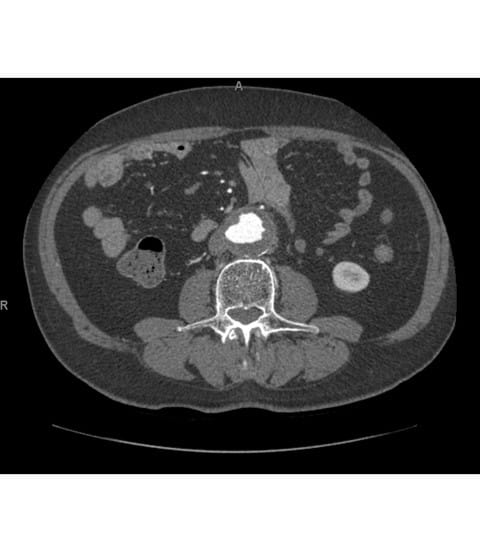 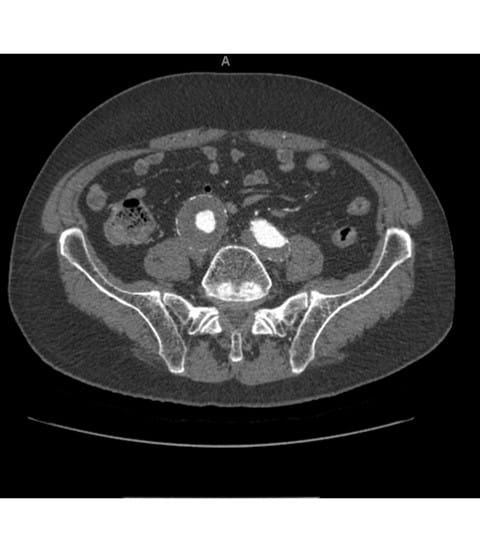 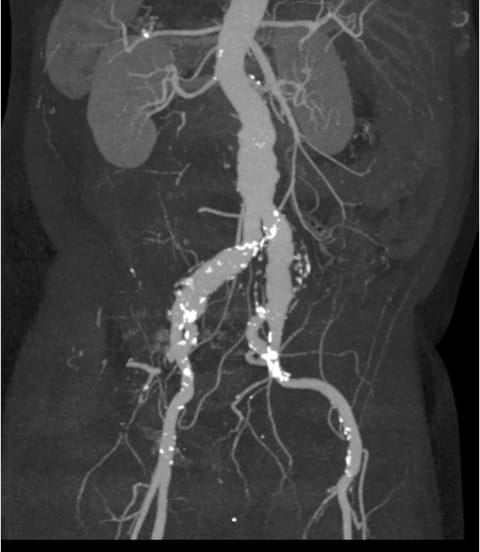 Figure 4: Positioning of the left iliac branch endoprosthesis with cannulation of the internal iliac limb 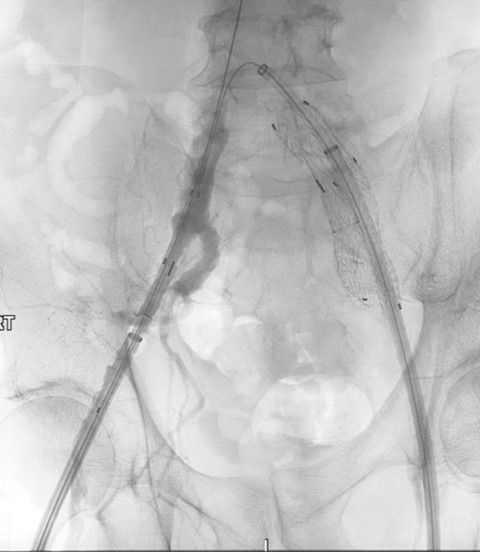 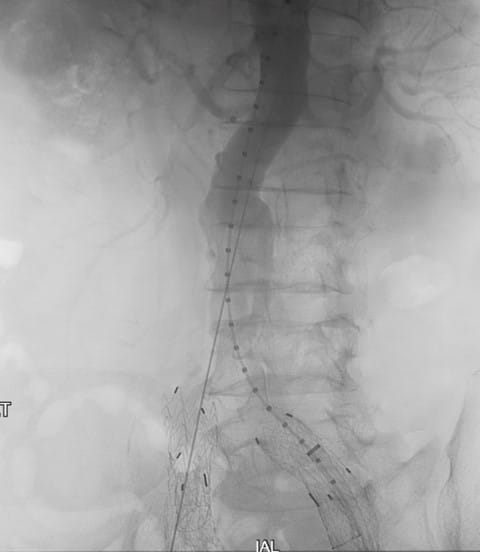 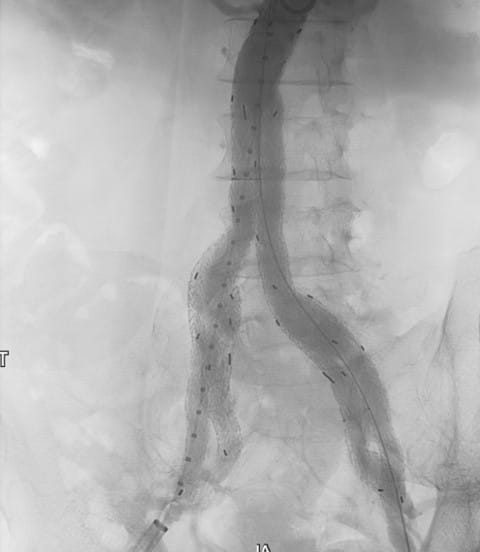 for thoracoabdominal and aortoiliac aneurysms.

of coil embolization of the internal iliac artery in

aortoiliac aneurysm repair in 154 patients: a

Outcome after Interruption or Preservation of