A 68-year-old woman presented with acute onset of shortness of breath and shock after recent abdominal surgery. She had an increased oxygen requirement and was on pressors for hemodynamic support.

A  CT scan of the chest diagnosed pulmonary embolism with a saddle embolus.
Her echocardiogram showed a flattened ventricular septum and a positive McConnell sign suggestive of a significant pulmonary embolism. 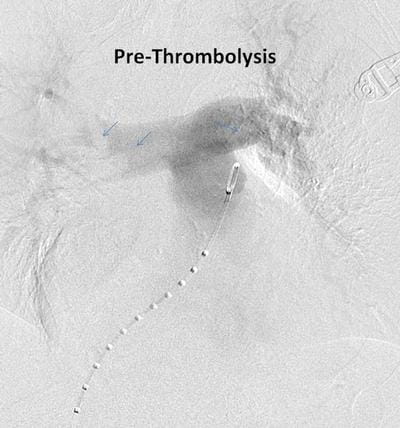 The procedure and results

Catheter-directed thrombolysis was performed from a percutaneous right femoral approach with: 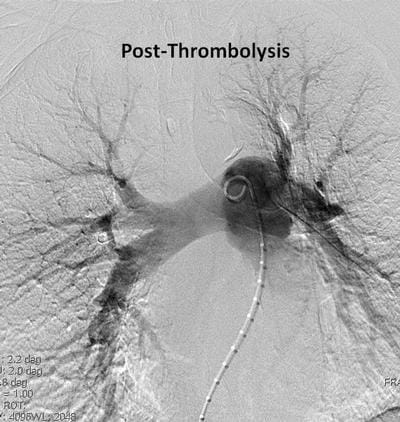 This procedure can rapidly restore cardiopulmonary hemodynamics and oxygenation, and potentially improve quality of life by minimizing the long-term sequelae of pulmonary hypertension and heart failure.

To refer a patient to UPMC’s interventional thrombolysis program, call the 24-hour physician referral line at 1-800-544-2500.